Hello, everyone! My name is John Randolph, I’ll be blogging here for the coming year (at least), and I’m grateful to Steven Barnes and colleagues for getting this blog rolling. I’m an Associate Professor of History at the University of Illinois, and specialize in the intellectual and cultural history of the early Russian Empire, roughly 1650-1850. 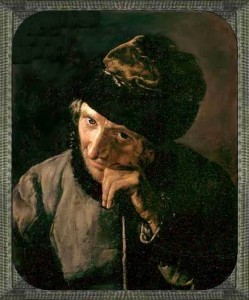 My first book, published in 2007, was a biography of the Bakunin family. In it, I tried to rethink the making of a few Imperial Russian intellectual traditions through the prism of family life. Right now, I’m studying the history of the Imperial Russian post-horse relay system. This was a giant network of obligated communities, whose residents ferried officials, things, and information (up to and including letter post) from place to place to place across most of Russian Eurasia. I’ll have a lot more to say about this practice—known in Russian as ямская гоньба (iamskaia gon’ba)—in the future.

What am I going to be blogging about? Two things, mostly. First: life on Russia’s roads in the 18th century, as I am discovering it while working on my new project. Second: the after-life of Imperial Russia, as it is finding expression in digital media. By ‘after-life’ I mean various forms of continuing meaning: history, memory and everything in between. Sometimes I hope to be informational, sometimes critical, and on occasion just curious. Given what I’m working on now, my bias will be toward small-town Russia, early Russia, and sleigh bells, although I can’t say a Tsar or two won’t make it in from time to time.

Here’s, then, what I hope to offer: an invitation to join my excursion onto old Russia’s roads, and beyond that a working historian’s appreciation of the digital Russian past. I thank you in advance for your patience as I get started, and look forward to being a part of the discussions going on here.