The Full Weight of the Law 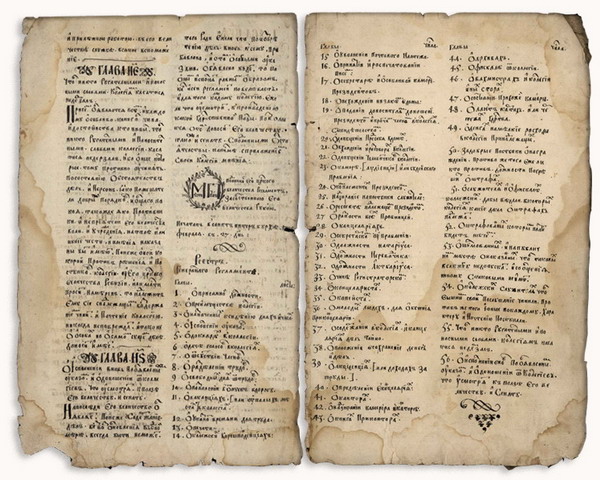 The Imperial Russian government produced an immense volume of paperwork. In a recent article on the Russian “Graphosphere” (that is to say, the world of writing) in the early 19th century, Simon Franklin notes that as many as 30 million documents were being generated, per year, by the Ministry of Internal Affairs alone. While some of these were printed, most were still handwritten, employing an entire army of scribes to create copies of the imperial will to be sent to every corner of the Empire. [1. Simon Franklin, “Mapping the Graphosphere: Cultures of Writing in Early 19th Century Russia (and before),” in Kritika: Explorations in Russian and Eurasian History 12:3 (Summer 2011): 531-560.] Taken together, this flood of written communication has done much to cement the Empire’s reputation as a “hypertrophic” state—that is, as an unwieldy and overgrown political structure determined to intervene in every possible matter, even when sending a letter was pretty much all it could do.

Where did this graphomania come from? Historians have posited a variety of answers. For some, the answer lies in a “police state” culture, imported in the 17th century from western Absolutism. As they began to govern like orderly German princes, this argument goes, Russian rulers used writing to try to regulate everything. For other historians, the source of Russia’s love of paperwork lies in something more basic, namely, the Russian ideal of autocracy itself. If the will of the Tsar was absolute, and to be obeyed rather than reasoned with, then it behooved everyone involved to get this will in writing. Furthermore, the only correct starting point for any additional action—an accusation or an appeal, a protest or simply an acknowledgement of a job done—was to copy out the relevant earlier decree, before appending any new information. Thus, from this point of view, the river of Imperial Russian paperwork took its source from the lofty principle that the Tsar, God’s chosen voice on Earth, was to be heard and obeyed.

Now, as it happens, the Empire’s highest officials were quite aware of this problem in the early 19th century. For at least some of them governmental graphomania was not an abstract historical question, but a constant headache, a source of organizational scleroticism that slowed all business to a crawl and prevented energetic action. And it’s interesting to note that in 1806, in the august State Council, another explanation for Russia’s addiction to paperwork was advanced: it was the fault of the Russian postal system.

The author of this opinion was the Minister of Commerce Nikolai Petrovich Rumiantsev (1754-1826). His logic was as follows. In Russia, delivery of the mail was rooted in an obligation—the iamskaia povinnost’, or “relay duty”—that was not monetary in nature. Communities—sometimes organized into the caste of state peasants known as “iamshchiki”—delivered government documents for free, without additional postage fees based on weight or distance. The natural result of this unpaid service was “excess correspondence” (izlishnie perepiski), since there were no costs to discourage government offices from prattling on. The cure for governmental graphomania, in his view, was to contract out the post on a commercial basis, curtailing or eliminating local relay duties and replacing their labor with that of subcontractors. These contractors would then make their money by charging everyone—including the government—for delivering the mail.[2. Rumiantsev articulated his view in the course of a more general conversation on reforming the postal system, see Arkhiv Gosudarstvennogo Soveta, vol. 3 (St. Petersburg: Tipografiia Vtorogo Otdeleniia sobstvennogo Ego Imperatorskogo Velichestva Kantseliarii, 1878), 843-895, esp. 848.]

Whether Rumiantsev was right about any of this is, of course, a complex question. Politicians and political economists have often dreamed that postal services could pay for themselves, but in most countries (and especially large, sparsely populated countries) this has rarely been true. What is clear is that (in the 18th century at least) the Russian government maintained its obligation-based method of organizing the post at least in part because it believed that it had neither the money nor the manpower to deliver the full weight of the law by any other means.

Thus, for example, in 1782, as it arranged twice-weekly regular mail delivery between Petersburg and Moscow, Catherine’s government made sure to maintain an entire, separate “heavy or relay post” [tiazhelaia ili iamskaia pochta] just for “all sealed packages with decrees and appeals, bags of ukazes from the Senate and other Government Offices, bound ledgers and accounts, and watermarked paper and plans in lockers, in short, everything that can be considered heavy.”[3. Personal Decree to the Senate of 21 January 1782, Polnoe sobranie zakonov ser. 1 (henceforth PSZ 1), vol. 21, no. 15330, pp. 386-387]

Later in that same decade, Catherine and her advisers did conduct a limited experiment in commercializing the postal duty around St. Petersburg, replacing direct service with a tax, eliminating obligated coachmen (iamshchiki) and trying to contract out the service. But in 1796, under Paul, an inspector concluded that the resulting system was deep in the red, costing the government hundreds of thousands of rubles, and ultimately insupportable. He recommended the restoration of postal obligation, and the return of iamshchiki to their duty, which was done.[4. See PSZ 1, report of 27 November 1796, vol. 24, no. 17582, pp. 14-16]

Ultimately, these legal actions tell us more about the Government’s perceptions of its needs, than about whether the root of Russia’s paperwork problem lay in its communications system. Still, it is interesting to think about such issues of process rather than principle in Russian history, and whether the hand of the Russian state was made a little heavier by the fact that its executors rarely had to pay postage.

(Note that while many modern governments, the US included, mark special forms of post as duty free—congressional franking privileges come to mind—the postal system as a whole is supported by the treasury, that is, by the tax payers. Throughout much of Russian history, the “relay duty” was a direct obligation on the population, rather than a tax.)

As for Rumianstev’s suggestion to commercialize the Russian post: while the idea (which had the support of other members of the State Council) became the basis for various postal reform projects over the next few decades, he himself went on to bigger and better things. He served as Russia’s Minister of Foreign Affairs and accumulated a vast collection of old Russian manuscripts and European paintings, that now form the basis of several museums. One wonders if he paid postage for them?

PS: The image at the top of this entry is from a manuscript copy (made from a printed edition) of Peter the Great’s “General Regulation” (General’nyi Reglament) of 1720.  The copy belongs to the O. Gonchar Kherson Regional Library.

8 Responses to The Full Weight of the Law