Catriona raised some interesting points that I’d like to address. As she suggests, the 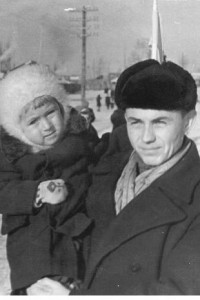 uniqueness of oral testimonies lies in the fact that the investigator, in collaboration with his/her subjects, creates the sources—not the memories—upon which the historian’s work is based. During my research, many of my interviewees wanted to know why I didn’t plan to interview the graduates of my secondary school, too. Doing so would have added another decade of work to the project, owing to the large size of my high school graduating class. Moreover, the schools I attended were not ones for the “children of gifted parents.” Besides that, I know little about American history; I just live through it. Yet, in the course of my work, I sometimes wondered what my informants’ lives would look like if I had placed them within larger personal networks. This is especially the case in regard to the baby boomers’ children. I found it fascinating that my interviewees harshly criticized young Russians today, but not their own children. This leitmotif runs through just about all of the life stories. But, alas, in determining the webs of relationships I sought to privilege, I opted for identifying cohorts that spent their school years together, especially since I sought to illuminate the experience of a defined cohort within an important, but heretofore understudied, generation. Then, too, I wanted to tackle the interviewing myself. This, and financial considerations—oral history is a pricey undertaking—constrained me from making the project any more ambitious. As it was, it took me a decade of sleuthing to find members of the cohorts I identified, interviewing, researching, and writing to complete the book.

Catriona asks if I have had any feedback from the baby boomers. Before I published the book, many of those I interviewed wondered why it took me so long to complete the project. As those reading this know, it’s hard to explain what we do to those who aren’t in the know. Since the book’s publication, I received some positive feedback from a few of my informants.  I expect more reactions from the baby boomers when the Russian-language edition appears in 2014. I sense that most of them who examined the book used my index to search out how I used their interviews in my study, and also that my approach disappointed some. An exception is the thorough and thoughtful reaction I received from baby boomer Marina Braun, who published her comments on Amazon.com. If I can insert the link here, I will.
http://www.amazon.com/Soviet-Baby-Boomers-History-Generation/dp/0199744343/ref=sr_1_1?ie=UTF8&qid=1355691796&sr=8-1&keywords=soviet+baby+boomers

This entry was posted in Soviet Baby Boomers, Uncategorized. Bookmark the permalink.