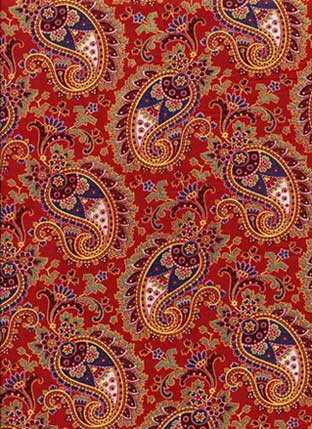 One of the things that’s a bit tricky about working primarily with written texts about old Ivanovo is that the major work of the village/town is obscured. Ivanovo was not just a center of textiles in the sense that it was a place in which linen or cotton fabric was produced. Although linen or cotton manufacture was at times a major part of the industrial world of Ivanovo, the village and then the town was particularly known for one particular kind of textile production: printed calico. That meant that it produced colors and patterns. (It also means that it came to be home to some chemical works that produced dyes and maybe caused some other problems, but that’s another story.) 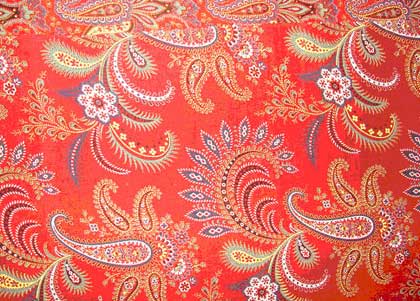 Those colors and patterns are never described in the early nineteenth century documents I’ve been looking at, though there are plenty of examples of the fabrics of the time preserved (the ones scattered through this post aren’t necessarily from the early nineteenth century, but they do give a sense of the kinds of designs that were prevalent). But I did come across one description about how the designers of the calico patterns found their inspiration, in an article from 1855:

Once I happened to hear one peasant, a designer, complain about the weak frosts (this was at the end of December). To my question of why he more than others complained about the absence of a deep frost, the peasant answered that at such times he earned not even a piece of bread. What was going on, according to him? In cold enough times, the designer would stop heating his room for a day or two; on the third day he would look at the window glass and copy from it on paper the great variety of patterns that appeared there. To get an even greater variety of patterns, he found it even more useful to heat his stove on one day with aspen wood, on the next with pine, and then with birch, in so doing either decreasing or increasing the proportion of wood for heating, so that, as he put it, the results of one kind of firewood or the other is more clearly indicated on the glass. (Ia. Borisoglebskii, “Selo Ivanovo i bliz’ lezhashchie k nemu slobody,” Vladimirskie gubernskie vedomosti 12 March 1855, 84ftnt)

I don’t know that there’s a scholarly point to be made about this anecdote, but it’s certainly vivid—once you read it, it’s hard not to think about the ways that many calico patterns, particularly the paisleys, do echo such patterns (even in later periods—in the early Soviet era, Ivanovo started to produce calicos of much more modernist, angular design, and that, too echoes a certain kind of frost). Even more lovely is the idea that the character of the trees from which firewood came is somehow reflected in the frost flowers produced after heating. The idea of using birch to produce delicate dancing shapes is delightful.

I’ll end with a link to something I stumbled upon: an art installation for the Ivanovo textile museum, made for Night at the Museums 2013.  It’s a calico rhinoceros. WITH CITATIONS. Amazing.