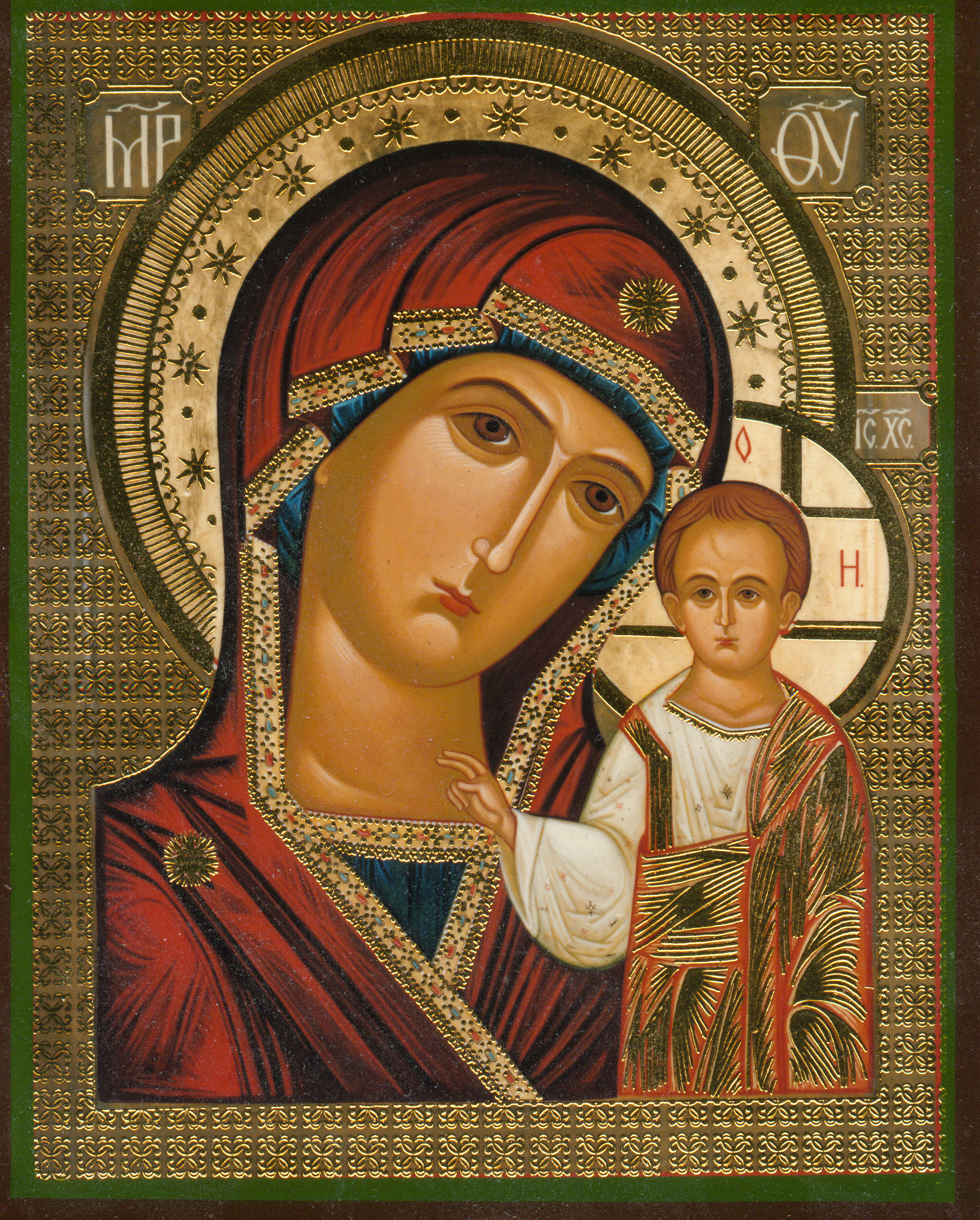 Having established a reputation of one of Russia’s most famous miracle-working icons, it is not surprising that foreign travelers heard about it.  What strikes me as interesting is what they heard about it, because it wasn’t the recorded version of events.  Johann-Georg Korb was a secretary in an Austrian embassy to the court of Peter the Great in the 1790s.  He mentions the national celebration of the icon that happened during his stay.

The Russians celebrated the festival of the Blessed Virgin of Casan. The Muscovites believe that the image which they venerate under that name had always been suspended in the clouds, and was seen by the entire Russian army that beleaguered Casan, during the whole time of the siege; but that after the city was stormed, the image fell from the sky to the ground, and was with the utmost reverence lifted up by the Russians, and has ever since been held in worship.  [1. Johann-Georg Korb, Diary of an Austrian Secretary of Legation at the Court of Czar Peter the Great, trans. Count MacDonell, 2 vols (London: Bradbury and Evans, 1863), vol 2, 30-1.]

Korb’s version of events suggests that that icon first appeared during the siege of Kazan’ in 1552 – not twenty years later during a fire.  It could be a conflation of both the original appearance in Kazan’ and its later military success against the Poles.  His story isn’t the version from the miracle tales, but it is somewhat close.  It’s easy to believe that this is either the version he heard in court or what he understood of the story as it was told to him.

A less accurate version was recorded just a decade later, by the English engineer John Perry, who Peter the Great hired to construct a new canal. Perry recorded that everyone in Russia told him of the “more trifling Miracle” of the Mother of God icon.  In his version, the painter of icon was the recipient of the miracle. “The short of which Story is this. The Painter had been drawing the Virgin Mary’s Picture with our Saviour in her Arms, and had so disposed the Picture, as to make both her Hands appear. But the next time he came to finish the Picture in the Room where he had left it, he found three Hands regularly disposed about the Child.” Though the painter erased the hands, it returned the next day. He mentions that as a result all copies of Kazan’s Mother of God icon are painted with three hands.[2. John Perry, The State of Russia under the Present Czar (London: Benjamin Tooke, 1716), 175-6]

While Korb’s version seems somewhat based in the miracle tales, nothing in Perry’s version is.  It could be that Perry made a mistake in assuming a different miracle-working icon was that of Kazan’ (if so, I don’t actually know which one it was). It could be that someone that Perry knew told him an incorrect story, either out of ignorance or from fun.  Perry mentions that when he doubted the story, he was called an “atheist” which raises the idea he was being mocked, if not insulted.  Or Perry could have just made it up.

I don’t raise this issue because I think travel narratives are unreliable, but I do think we need to be critical of their assessment of any information.  While Perry might be our best source for thinking about the problems with Peter the Great’s canal project, that does not necessarily make him a reliable informant on Orthodox culture or beliefs.  He does, however, tell us at least one version of ideas floating in the court, even if it’s only his.