Russia and the Alaskan Tobacco “Mystery” 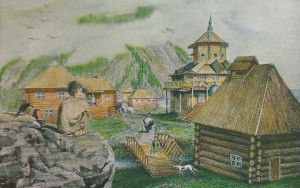 But taking a step back, tobacco’s consumption habits reveal a fascinating history of intercultural exchange.  In Kamchatka and the Aleutian Islands, Russian merchants and explorers seem to have been the first people to introduce tobacco to the local populations.  The Russians primarily carried Chinese “ball” tobacco, meant to be smoked in pipes.  Though the initial Russian accounts reported that the indigenous communities didn’t understand how to use a pipe, by the end of the eighteenth century, the region appeared to be filled with smokers.  On mainland Alaska, chewing tobacco leaves remained the common practice, even as new imported tobacco replaced domestic production.  But ball tobacco (finished with sweetener) was not suitable for chewing tobacco.  Therefore, the RAC needed a different supply – forcing the company to rely on American, British, and Spanish traders for alternate sources. 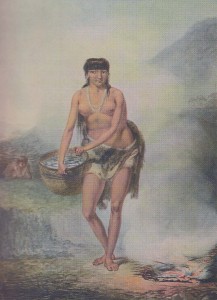 To my mind, it’s important to situate the RAC and its economic projects among the broad tapestry of Pacific economic exchanges.  Part of this process involved supplying the demand of the domestic market, which was consuming tobacco in a way that was more or less unfamiliar to the company, and also exterminating domestic supplies so that the company held a monopoly on tobacco sales.  It’s the sort of colonial economy we’d expect any European country to construct, and yet at the same time it was highly contingent on the other empires’ ability to supply Russians with the needed leaf.

There’s obviously been some great work on exporting fur from Russian America, and on the ongoing concerns over food supply, but no one has yet considered the supplies of tobacco (or the eradication of a domestic tobacco species) as a central project of the RAC.  When I look through the records, I want to know more about the tobacco, coffee, tea, alcohol, and sugar supplies – which were all as important to the declining health of indigenous Alaskans as the punishing work conditions.

This entry was posted in Imperial Russia, Russia in World History. Bookmark the permalink.

3 Responses to Russia and the Alaskan Tobacco “Mystery”