Welcome to the third of our blog conversations. I encourage readers to join the conversation by commenting our our authors’ posts. The book we are discussing is by fellow blogger Steven A. Barnes (Death and Redemption: The Gulag and the Shaping of Soviet Society, Princeton University Press, 2012).

Based on meticulous and exhaustive archival research, as well as a thoughtful examination of memoir literature by prisoners, the book examines the Gulag as a penal institution. While acknowledging the brutal and inhumane nature of the Gulag, Barnes also explores those aspects of the institution that made it very different from a Nazi death camp.

The conversation dovetails nicely with our first blog conversation about Deborah Kaple’s translation of a Gulag prison guard memoir (Gulag Boss: A Soviet Memoir). That conversation prompted a lively exchange on the nature of the Gulag — its function in Soviet society, its distinctiveness versus other internment systems. Barnes’ book forces us to consider the borders that separated the Gulag from the rest of Soviet society. How did the Gulag figure into the larger Soviet political and economic project? Was its function economic, ideological, or rehabilitative — or some combination of all three? What was the relationship between the regular criminal and the political criminal within the Gulag?

Death and Redemption was the winner of the 2011 Baker-Burton Award, European History Section, Southern Historical Association.  Barnes was also interviewed about the book by Sean Guillory on New Books in Russia and Eurasia and on C-SPAN.

This blog conversation brings together the following people, including Barnes and a group of Gulag specialists, to discuss what scholars can learn about Soviet society through his book: 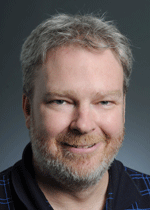 Steven A. Barnes is associate professor of Russian history and director of the Center for Eurasian Studies at George Mason University. Additionally, with the National Parks Service and the Gulag Museum in Perm, Russia, Barnes was historical consultant for a traveling museum exhibit on the history of the Gulag. Working with the Center for History and New Media, Barnes built a web exhibit on the history of the Gulag. Information on both these projects, which provide a wonderful resource for teaching, can be found at Gulag: Many Days, Many Lives. Barnes is presently working on a new book tentatively title The Wives’ Gulag: The Akmolinsk Camp for Wives of Traitors to the Motherland. The book traces women’s lives in a camp for elite women during the height of Stalin’s Great Terror. Barnes is also writing about representations of the Gulag in the visual arts.

Deborah Kaple teaches in the Sociology Department at Princeton University. Her specialty is communism in the 1950s and 1960s. She is Special Editor for Modern Chinese Studies‘ forthcoming 2 issues called “The Forgotten Decade: Special Issue on China and the USSR: A Retrospective Look at the 1950s.” She is also author of Dream of a Red Factory: High Stalinism in China (Oxford University Press, 1994) and Gulag Boss: A Memoir (Oxford University Press, 2010). 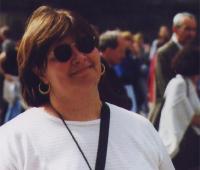 Cynthia Ruder is Associate Professor of Russian in the Department of Modern & Classical Languages, Literatures, & Cultures at the University of Kentucky.  Her first book–Making History for Stalin: The Story of the Belomor Canal–examined the construction of the Belomor Canal vis-a-vis the cultural products associated with it.  Her current project is a book-length study on the Moscow Canal and the creation of “Soviet” space through landscape, architecture, literature, and fine art. 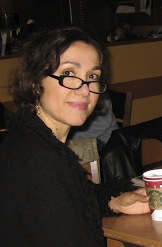 Golfo Alexopoulos is Associate Professor of Russian History at the University of South Florida. She is the author of Stalin’s Outcasts: Aliens, Citizens, and the Soviet State, 1926-1936 (Cornell, 2003). She is currently completing a monograph on the history of the Gulag with a focus on the systemic and routine violence of the labor camp system in the Stalin era. She is the author of numerous Gulag-related articles, including “A Torture Memo: Reading Violence in the Gulag” in Writing the Stalin Era: Sheila Fitzpatrick and Soviet Historiography (Palgrave Macmillan, 2011), a book she co-edited; “Exiting the Gulag after War: Women, Invalids, and the Family,” published in Jahrbücher für Geschichte Osteuropas (2009); and “Amnesty 1945: The Revolving Door of Stalin’s Gulag,” which appeared in Slavic Review (2005). 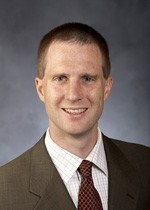 Jeff Hardy is Assistant Professor of Russian History at Brigham Young University. He is completing a book on the evolution of the Soviet penal system in the Khrushchev years. He shows how Soviet officials transformed the Gulag based on the rejection of mass incarceration and violence as governing principles through a new emphasis on “socialist legality” and “socialist humaneness,” only to see some of those reforms overturned by a broad coalition of interests that rejected amelioration of conditions for prisoners. Hardy soon will publish two articles based on this work: “The Camp is not a Resort”: The (re)Imposition of Order in the Soviet Gulag, 1957-1961″ will be in Kritika (vol. 13, no. 1 (Winter 2012)); and “Gulag Tourism: Khrushchev’s ‘Show’ Prisons in the Cold War Context, 1954-1959″ will be in Russian Review (vol. 71, no. 1 (January 2012)). 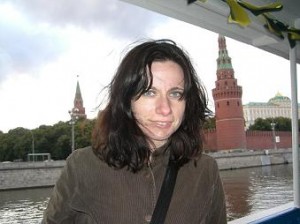 Miriam Dobson is a Lecturer in Modern History at the University of Sheffield. Before moving to Sheffield seven years ago, she studied Russian and French at  Cambridge and then History at the School of Slavonic and Eastern European Studies, University College London, where she gained an MA in History and later her PhD. Her first monograph, Khrushchev´s Cold Summer: Gulag Returnees, Crime, and the Fate of Reform After Stalin explores popular responses to the reforms of the Khrushchev era, in particular the massive exodus of prisoners from the Gulag. It examines the impact of these returnees on communities and, more broadly, Soviet attempts to come to terms with the traumatic legacies of Stalin’s terror. Khrushchev’s Cold Summer won the 2010 Wayne S. Vucinich Book Prize awarded by the Association for Slavic, East European, and Eurasian Studies. Her current project is entitled `The Unorthodox: Baptists and Evangelical Christians in Soviet Russia, 1944-1991´ and is funded by a small research grant from the British Academy.

Dan Healey is Professor of History at the University of Reading, UK. He has published extensively on the history of sexuality and gender in modern Russia. His first book, Bolshevik Sexual Forensics: Diagnosing Disorder in the Clinic and Courtroom, 1917-1939 (DeKalb, Il.: Northern Illinois University Press, 2009) was translated and published as Gomoseksual’noe vlechenie v revoliutsionnoi Rossii: Regulirovanie seksual’nogo-gendernogo dissidentstva, (Moscow: Ladomir Press, 2008). His Homosexual Desire in Revolutionary Russia: The Regulation of Sexual and Gender Dissent (Chicago & London: University of Chicago Press, 2011) explores the medical dimensions of the early Soviet “sexual revolution.” He has co-edited collections of essays on Russian masculinity in history and culture, and on Soviet medicine. Currently he is writing a study of the history of medicine and medical care in the Gulag.

2 replies on “Death and Redemption – A Blog Conversation”

[…] History Blog has a new “blog conversation” up, with reactions by Gulag experts to a new book, Death and Redemption: The Gulag and the Shaping […]

[…] largest and longest-lasting outposts of Stalin’s notorious Gulag (and was the primary subject of my first book).2 Driving through the settlement, you pass several blocks of the single-story hovels when a […]