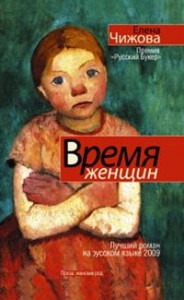 Antonina and the three babushki are desperate to protect Suzanna from the institutionalization they fear will be her fate if the authorities realize her “muteness.” Instead of sending her to nursery, the babushki spend their days reading to her (in Russian and French) and talking about their own unhappy lives under Soviet power. They secretly christen her Sofia and teach her about their Christian faith, despite the crack-down on religious practice in these years. In an interview, the author Chizhova explained the importance of women transmitting historical memory: “In war and civil war, it is primarily the men who take part in military action and die in huge numbers. And so it turned out for us that in the twentieth century, it was only the women who could be the carriers of historical memory [носительницами исторической памяти].”

The historiography of the post-war era has tended to focus on youth, not least because the Soviet regime was both so enamored and so fearful of its youngest generation. But, as Chizhova’s book suggests, the elderly – particularly women – played a key role in child-raising. The state provision of child-care remained limited and sometimes unsatisfactory:  Melanie Ilič has shown that although the number of places in crèches, kindergartens and nurseries increased under Khrushchev, mothers were not always happy with the standard of care in state-run organizations “where the sheer number of children in attendance meant that illness and infection, and sometimes injuries, were frequent, and the food provided was not considered to be wholesome.”[1.  Melanie Ilič, “Khrushchev and the revival of the zhensovety,” in Soviet State and Society under Nikita Khrushchev, ed. Melanie Ilič and Jeremy Smith (London and New York, 2009),  104-121 (114). See also Catriona Kelly, Children’s World: Growing Up in Russia, 1890-1991 (London and New Haven: Yale University Press, 2007), 415; Deborah Field, Private Life and Communist Morality in Khrushchev’s Russia (New York, 2007), Chapter 6.] Parents commonly used informal child-care arrangements, relying on support from family or neighbors, as is the case in The Time of Women.

My current research examines religion in post-war Soviet society, so I was particularly interested by the different beliefs Chizhova attributes to her heroines. The girl’s mother, Antonina, was raised in the countryside and still has faith in various folk practices, but when faced with her own mortality, it is a secular, communist vision of the future which seems to haunt her, albeit in a confused fashion. For the old women, it is their meeting with God which concerns them; Glikeria, for example, makes a dress for her own funeral, exclaiming “I can’t go before Him in old rags, can I?”[2. Elena Chizhova, The Time of Women (London, 2012), p. 81.] An exchange between Glikeria and the dying Antonina presents these two different worldviews:

Glikeria tries to comfort her. “The Lord himself will sort everything out. In the other world things are quiet and peaceful. In the green pastures… You see everyone who you have said farewell to. What sins can you have… Let those tremble, whose path lies to hell.”

“I dream of living under communism, Glikeria Yegorovna. Just to have a glimpse of it… The people who will live to see it are happy.” “Oh!” – she waves her hand. – When will that happen? They promised it before the war…”  – “Before the war they were just guessing… But they know now for certain: in 20 years. They says that everything will be different. Machines will do the laundry…” – “What do you mean!” – She’s stunned. “Will that be outside? Like street-washing machines? … The laundry will get all mixed up. They’ll never be able to sort it out afterwards.”[3. Chizhova, The Time, pp. 236-7.]

Glikeria becomes alarmed (How will the washing machine fit in?), particularly when Antonina suggests that money is going to disappear in the communist future (a possibility which almost leads the three babushki to a bout of panic-buying). But the conversation ends more calmly. Antonina thinks that this future communist paradise will be full of kind and cheerful people, like the ones shown on television.

“That’s right,” she nods. – “I think that’s what paradise is like. Just the way it is on television. I didn’t use to believe that. But now I think that this is what is like. I dream of going there…” “Well,” – Glikeria rubs her eyes. “You will… Believe me…. Who else, if not you. It will be just like it is on television. They probably don’t just show these things – they know about them…”

Television plays a crucial role in the novel. Although an expense – and a frightening novelty for the babushki – Antonina scrimps and saves to buy one, believing it will be an indispensable source of learning for Suzanna. One evening’s viewing in particular prompts the grandmothers to think about their own losses, and about the afterlife. Presented with a newsreel of the May-day parade in 1941 the women are both bemused, and hopeful: might they see their own dead children or grandchildren?

“It’s as if they were alive,” – Grandma Glikeria rejoices, – “neither wars can hurt them, nor diseases. They stayed the way death found them – young and healthy. They’re waiting for their turn: to get on TV.”

“You’re talking a lot of rubbish!” – Grandma Yevdokia glares at her. – “Everybody’s the same, you mean, and has the same rights? They died and they’re all in the same place:  both the sinners and the righteous… And they’re waiting their turn in the same queue?”

“Now that they’re dead,” – Grandma Glikeria says sadly, – why shouldn’t they sort themselves out in the interim…

“No way!” – She got up, with her hand holding her back.  – “They didn’t sort things out in this world, and no one’s the wiser? It’s not like that. The Lord sees everything. Death’s not war: it won’t write off your sins. If you didn’t get things right here, then you answer for it there.”[5. Chizhova, The Time, p. 125-6]

One of the reasons these passages struck me so forcefully was because they closely echo  some interviews that I’m reading for an article I’m trying to finish. The interviews date from a very similar period (they were conducted in Ivanovo region in 1964-5) and they allow us a glimpse into how this generation of women – those born before the revolution and who experienced the all the upheavals of 1914-1945  – articulated their vision of the heaven, hell, and afterlife.

In the materials held in the archival fond for the Institute of Scientific Atheism, we find, for example, the views of Ekaterina Andreevna, an Orthodox pensioner.[7. RGASPI f. 606, op. 4, d. 134, ll. 68-69.] Raised in a religious, rural, family by the sixties she was attending church only on holidays, but she kept three icons at home, observed fasts, knew three prayers by heart, and constantly turned to God for support in the course of her daily life. The report described her beliefs regarding the afterlife as follows: “Believes in the immortality of the human spirit. Thinks that when she dies, her spirit will, after forty days of tribulation, be sent by God to either hell or heaven, as he thinks fit […] As she imagines it, a person who has committed sins on earth, even significant ones, if he is clever, God might send his spirit to heaven as such people are necessary “for the building of paradise” [“dlia stroitel’stva raia”].” Here, as in the exchange between Antonina and Glikeria, we find some kind of elision between ideas of a Christian afterlife and a paradise which, like communism, is still under construction. Another interiewee, sixty-five, illiterate, and living in a cellar, was reported to believe that “that most people have little chance of getting into heaven; basically only those who perished during the Patriotic War will go to heaven, and those who committed suicide stand no chance.”[8. RGASPI f. 606, op. 4, d. 134, ll. 180-181.] Like Glikeria, she formulates a rather idiosyncratic view of how souls were judged – one in which wartime service was everything.

In the longer piece I am writing on this topic, I explore how the women’s vision of the afterlife was shaped by their own experiences and by the language and innovations of Soviet life, as is also the case with the babushki in The Time of Women. There are, however, differences between the interviewees and Chizhova’s Glikeria, Ariadne and Evdokia. Certainly as far as they present themselves to their interviewers, the women of Ivanovo region are not as explicitly anti-Soviet as the grandmothers in The Time of Women.  And, at least in some cases, their domestic arrangements are not so cozy. The 65-year-old referenced above was, apparently, of “the opinion that those who suffer on earth will find comfort in the afterlife, and the reverse. For herself, she would like to find deliverance from the woman who shares her room [sosedka po komnate] – Liusia.”[9. Ibid.] In Chizhova’s depiction, in contrast, the outside world is cruel or indifferent at best, but at home her heroines are warm, honest, and deeply care about one another. And it is probably this – as well as the poignant evocation of 1960s Soviet life – which makes it such a good read.