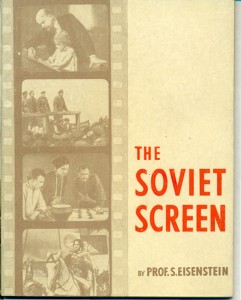 One reply on “Watching October”

If you ever want to show a film that will leave a strong impact in your classroom, I highly recommend the silent documentary Blockade, created with wartime footage. The subject is presumably the siege of Leningrad, but can’t be certainly identified. It is quite graphic in some parts; this is a war. But it’s one of the most powerful things I’ve ever seen. There is no narration and no music, only sounds from the street.