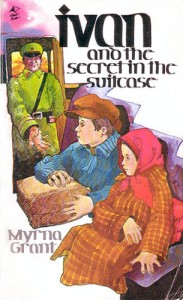 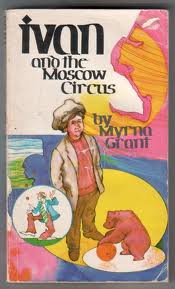 3 replies on “Child of the Cold War”

What a wonderful story! Thank you so much for sharing it!

I never read the Ivan and Katya books, but I had a similar experience growing up in the 1970s. My interest in the Soviet Union began as a child when I was taught in a Baptist church that the world would end in a nuclear war started by the Soviet Union, which would be followed by the Rapture. You can imagine how terrifying this was for a nine-year old! I recall being taken into the darkened basement of the church and role-playing as Christians in Russia–we whispered what Bible verses we could from memory until a policeman came to arrest us. This would have been about 1975 or 1976. (Not only did this spark fear and interest in Russia, I eventually became an atheist too.)

I did an undergraduate degree in Russian language and a phd in Russian history, but over the last five years I’ve come to realize that it was growing up in Cold War America that shaped me more than anything. My research now is less about the Soviet Union than it is about American perceptions of Russia. I’ve become increasingly interested in a transnational Cold War cultural history, as I have become fascinated by the similarities in the narratives that Americans and Soviets created about one another as good guys and bad guys.

Thanks again for sharing your experience.

First and foremost, I must say that this was an excellent article. It’s odd but I have an interest in Russian/USSR history myself, and I plan to study it on the side throughout my college years (Which, in all honesty, will equal a grand total of 8, as I plan to go to seminary.) However, I must ask you something. As an individual who, along with their history, is also very interested in the history of the faith during those harsh times under the Soviet rule, when will this study of yours about the Baptist and Pentecostal faiths be complete? Is it in the forms of articles or, better yet, a book?

Hi Randi and Flynn,
Thanks to both of you for your comments.
Randi, I’m very interested in the connection between Cold War fears and biblical ideas about the end of the world so your experience is fascinating.
Flynn, work on the monograph is slower than I had hoped – perhaps because I get distracted re-reading books from childhood! I have an article coming out in the journal Russian Review next year, though. In the meantime, I would certainly recommend Walter Sawatsky’s Soviet Evangelicals Since World War II and for the earlier period, Coleman’s Russian Baptists and Spiritual Revolution, 1905-1929. Good luck with your studies!