The words in the title of this post come from a description by Donald M. Kendall, CEO of PepsiCo from 1971 to 1986. Kendall met Brezhnev in August 1973 in the Soviet Union and reported back on his meeting to Nixon and Henry Kissinger — who were both close to Kendall. Kendall — who had also played a critical role in the overthrow of the Allende regime in Chile — used those connections to penetrate the Soviet market during Nixon’s detente and thus counter Coca Cola in the epic sugar water wars  (Jimmy Carter was later close to Coca Cola and aided its penetration of the Chinese market in 1979). Kendall’s enduring influence in Russia is suggested by his receipt in 2004 from Vladimir Putin of the Order of Friendship medal.

The result of Kendall’s meeting with Brezhnev is a fascinating read: 15 typed pages of his observations of Brezhnev’s personality, political inclinations, and endearing qualities — endearing, that is, for certain types of males who like sports, drinking, hunting, fishing, boating, and cars (Brezhnev’s favorite was the iconic 1970s muscle car, the Dodge Charger).

The document below comes from the National Security Council, Henry Kissinger/Anatoly Dobrynin files at the Nixon Presidential Library and Archives in Yorba Linda, Ca. I came across them as part of my latest research project on international collaboration in space as a window into detente and the late Cold War. Soviet/American collaboration, leading to the Apollo-Soyuz Test Project of 1975, played a critical role in the creation and unfolding of Nixon’s policies of detente (referred to as peaceful coexistence by the Soviets). While providing insight into Brezhnev and the Soviet political leadership, the document also illustrates the shared culture of male bonding and machismo on both sides of the Cold War divide. Aging men shooting guns and getting drunk — these hyper-masculine rituals, at times, seemed to be stronger than the ideological beliefs that had also locked both sides into the terrifying doctrine of Mutual Assured Destruction. I’ve seen countless documents about people getting shit-faced and eating massive quantities of food during various bi-lateral exchanges between the United States and the Soviet Union during the first half of the 1970s (cosmonauts toasting astronauts and astronauts toasting cosmonauts, Soviet and American scientists feasting after conferences devoted to moon rocks). Yet it would be a mistake to downplay the political significance of these drinking and feasting rituals. Among men — and not women — of power they created an essential connection that immediately put both sides at ease, established a basis for personal connections and story telling, and reduced the seeming importance of ideological stances. Of course, ideological posturing never quite disappeared during these meetings — and there were many sober moments, as both sides understood the immense economic, political, and military stakes of such encounters. As is evident from the following document, millions of dollars in potential economic exchanges emerged from the kinds of informal exchanges that Kendall engineered through his connections to the president — and from there to Brezhnev and the Soviet/Russian market, which four decades later is now worth 100s of millions of dollars to Kendall’s successors at Pepsico. 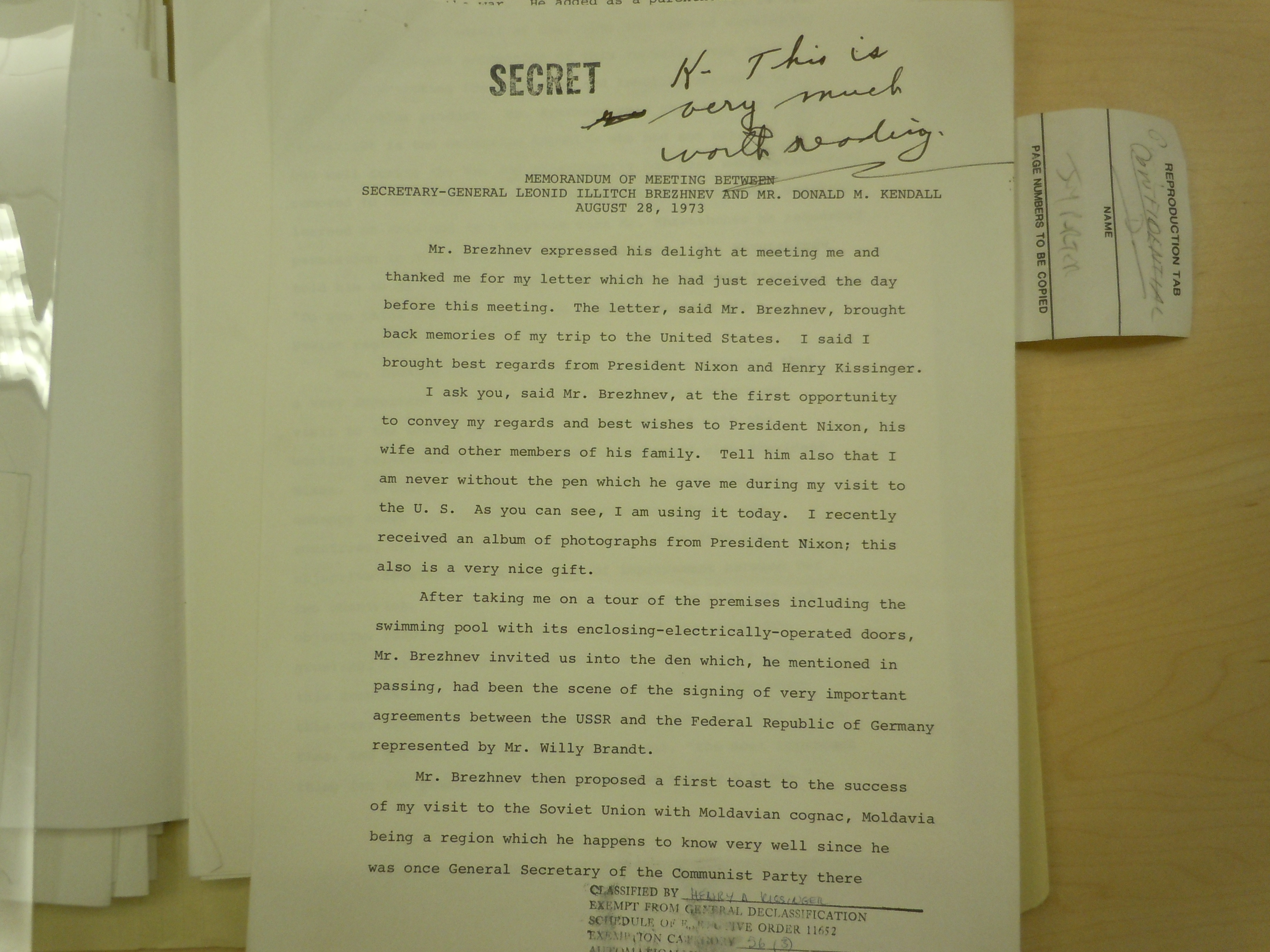 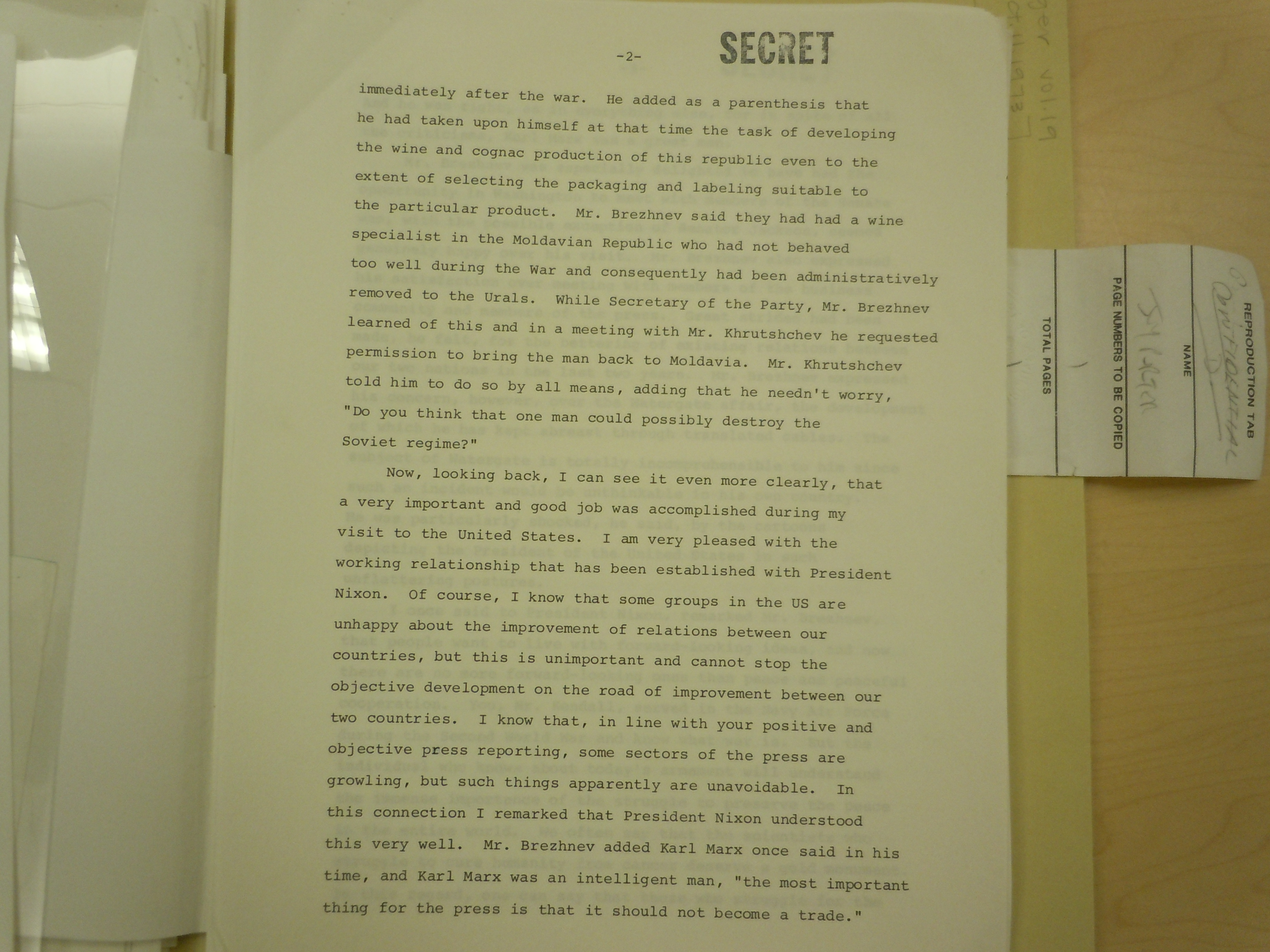 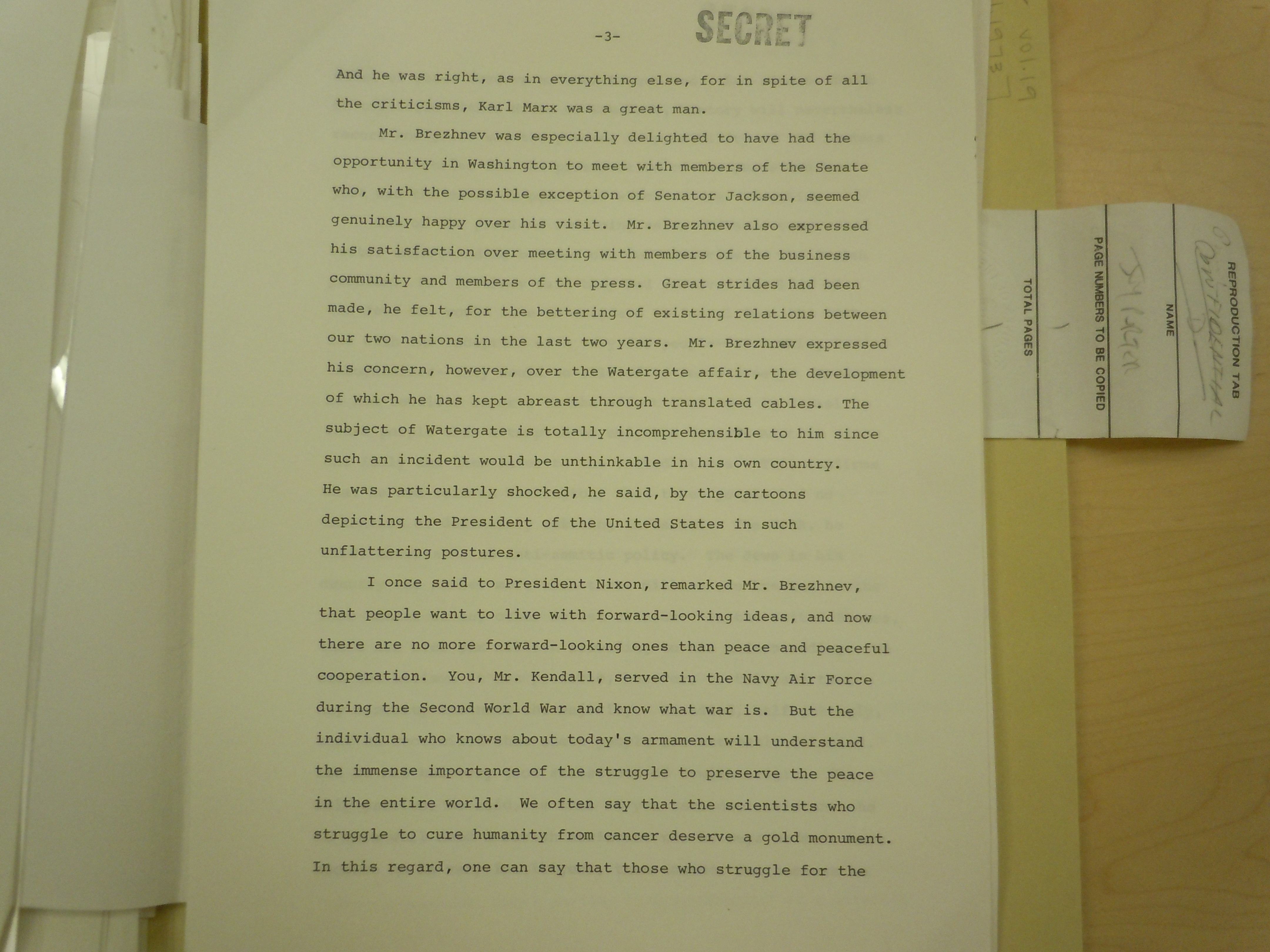 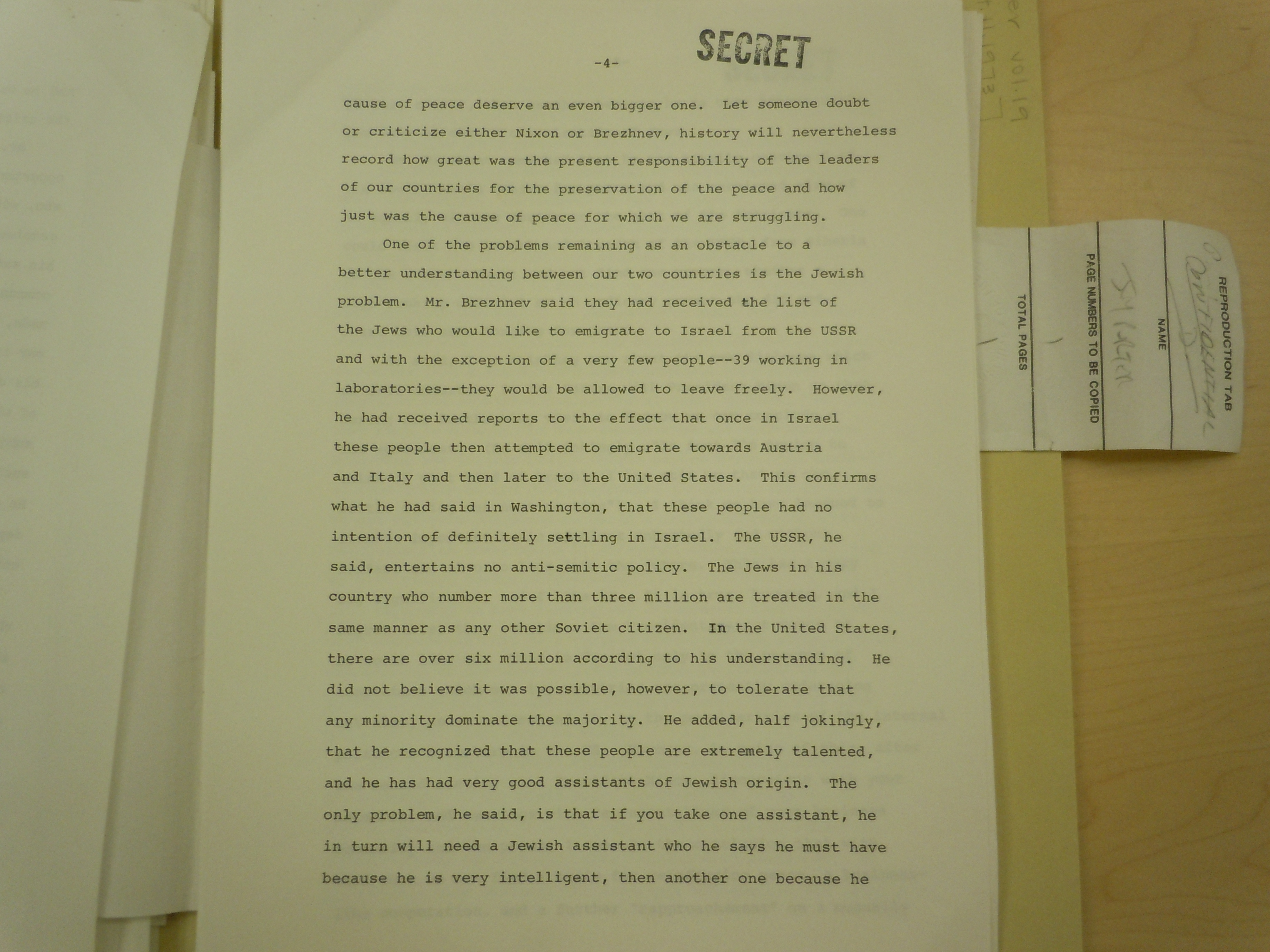 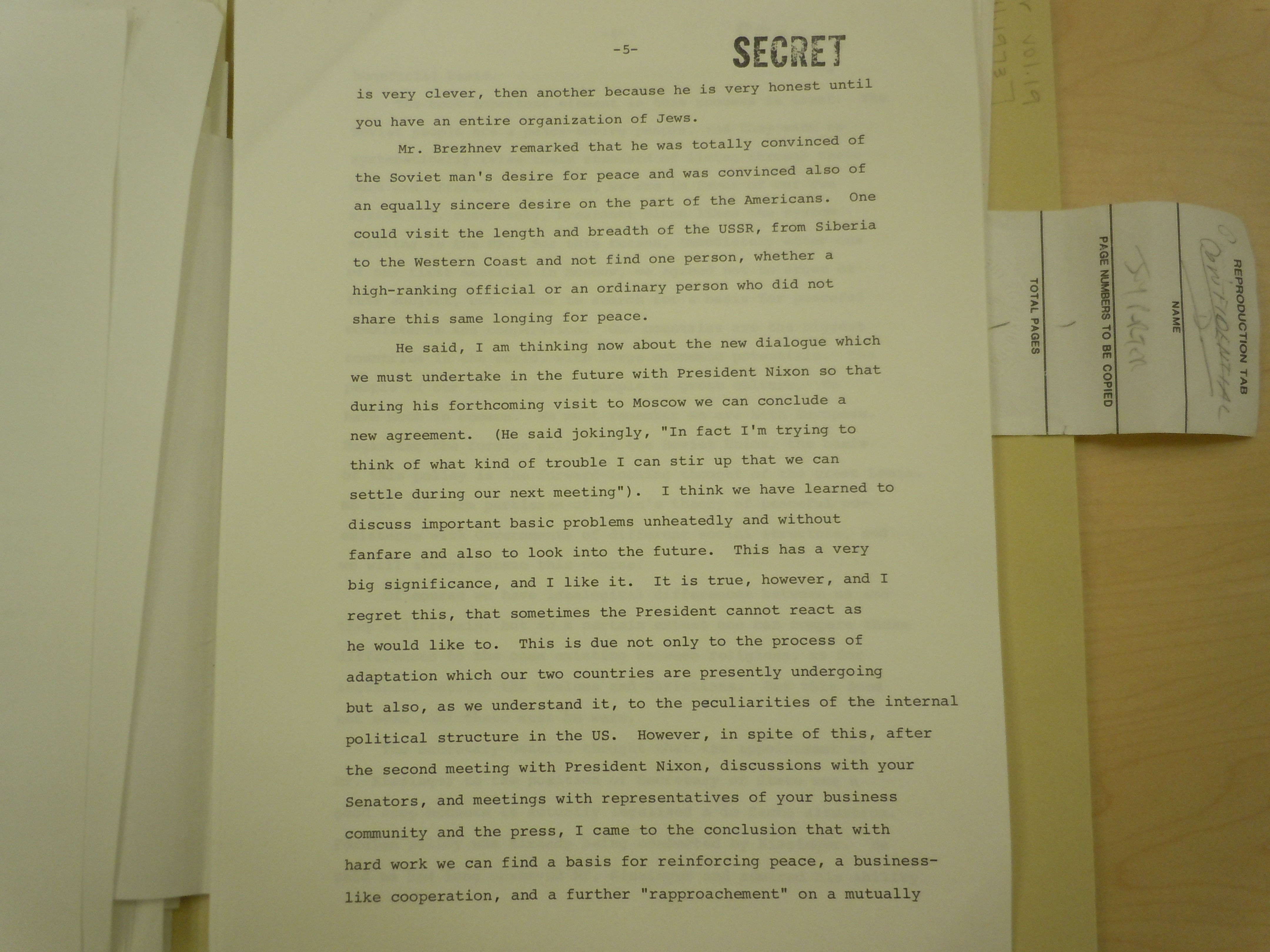 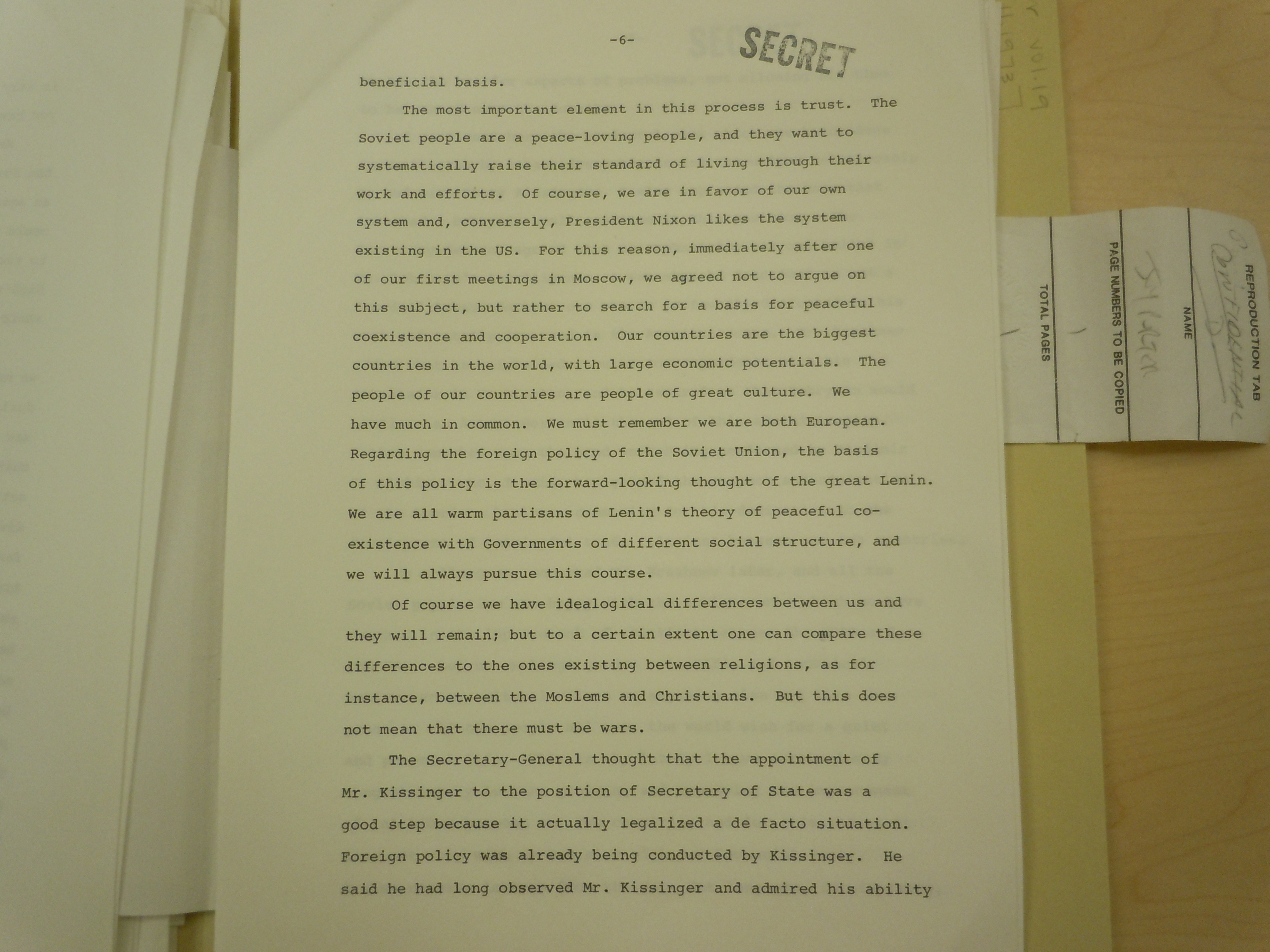 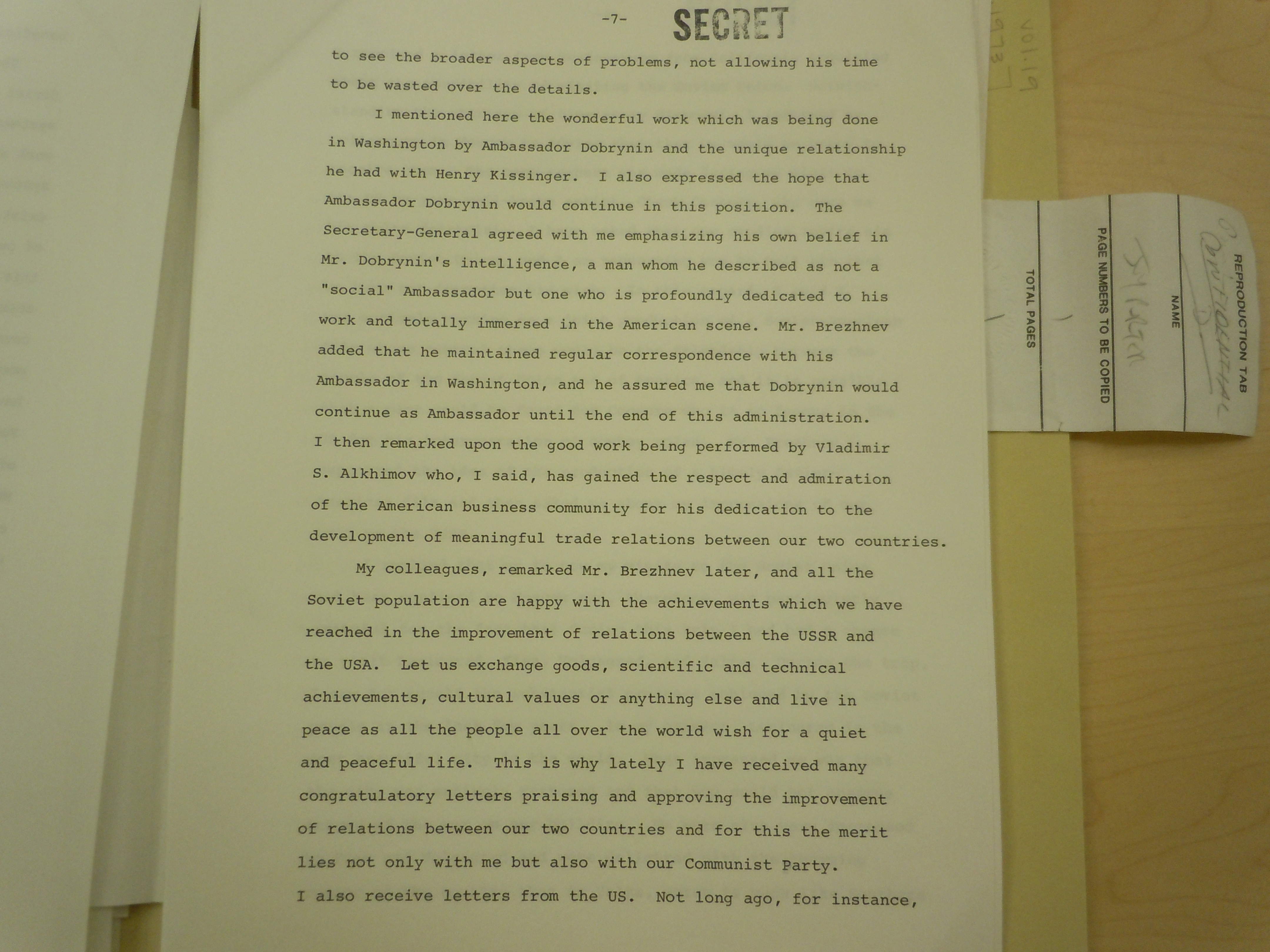 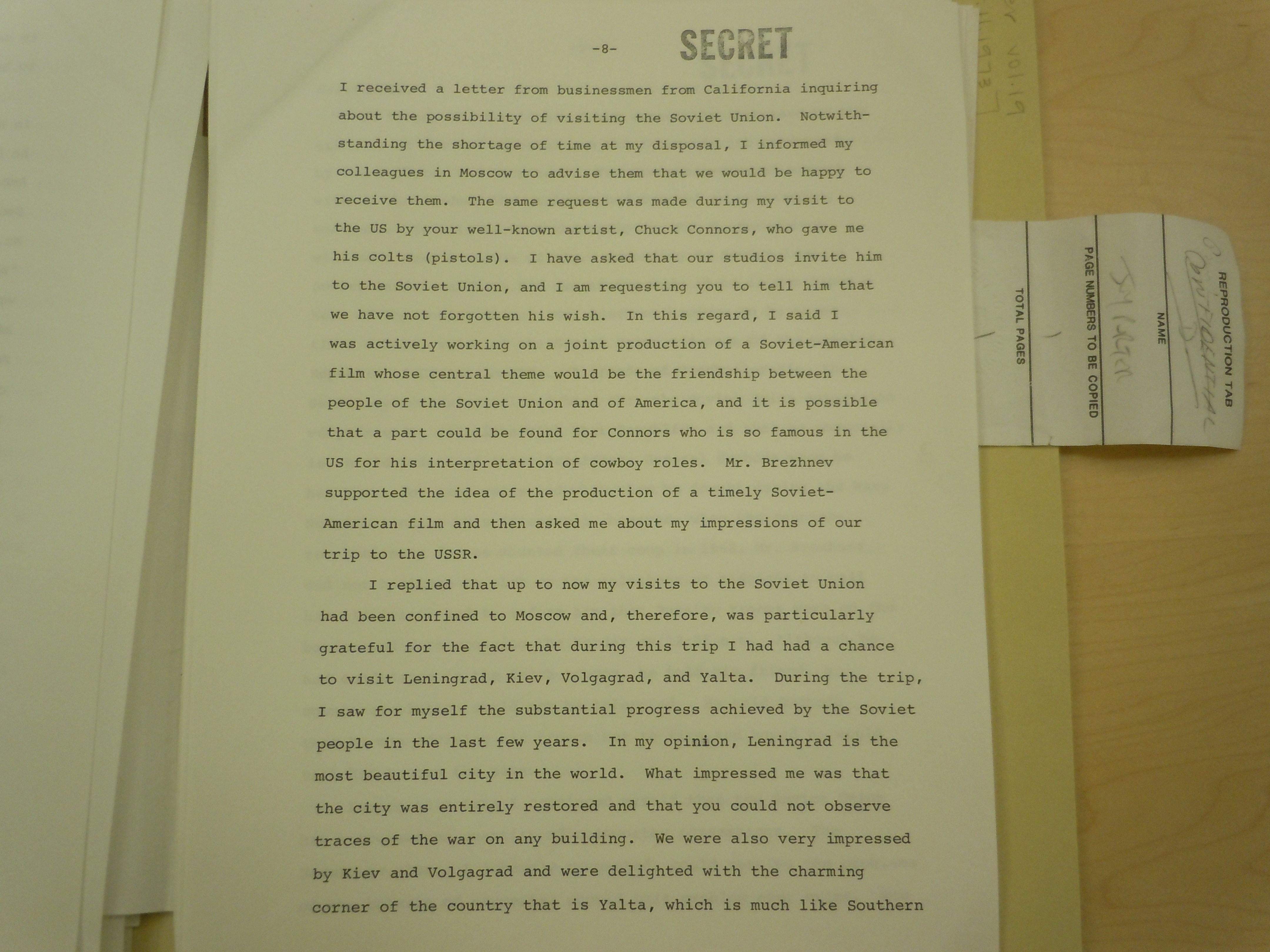 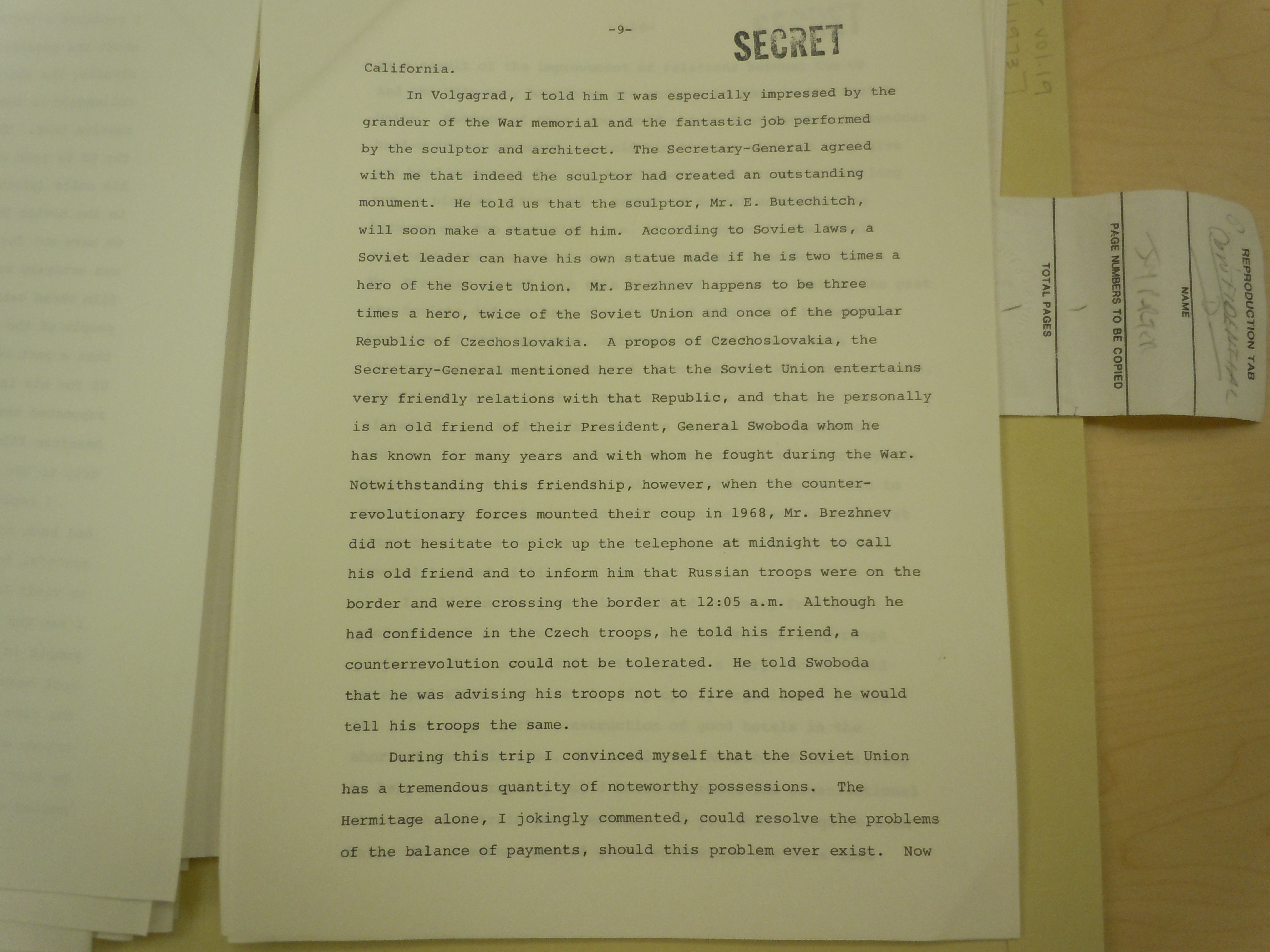 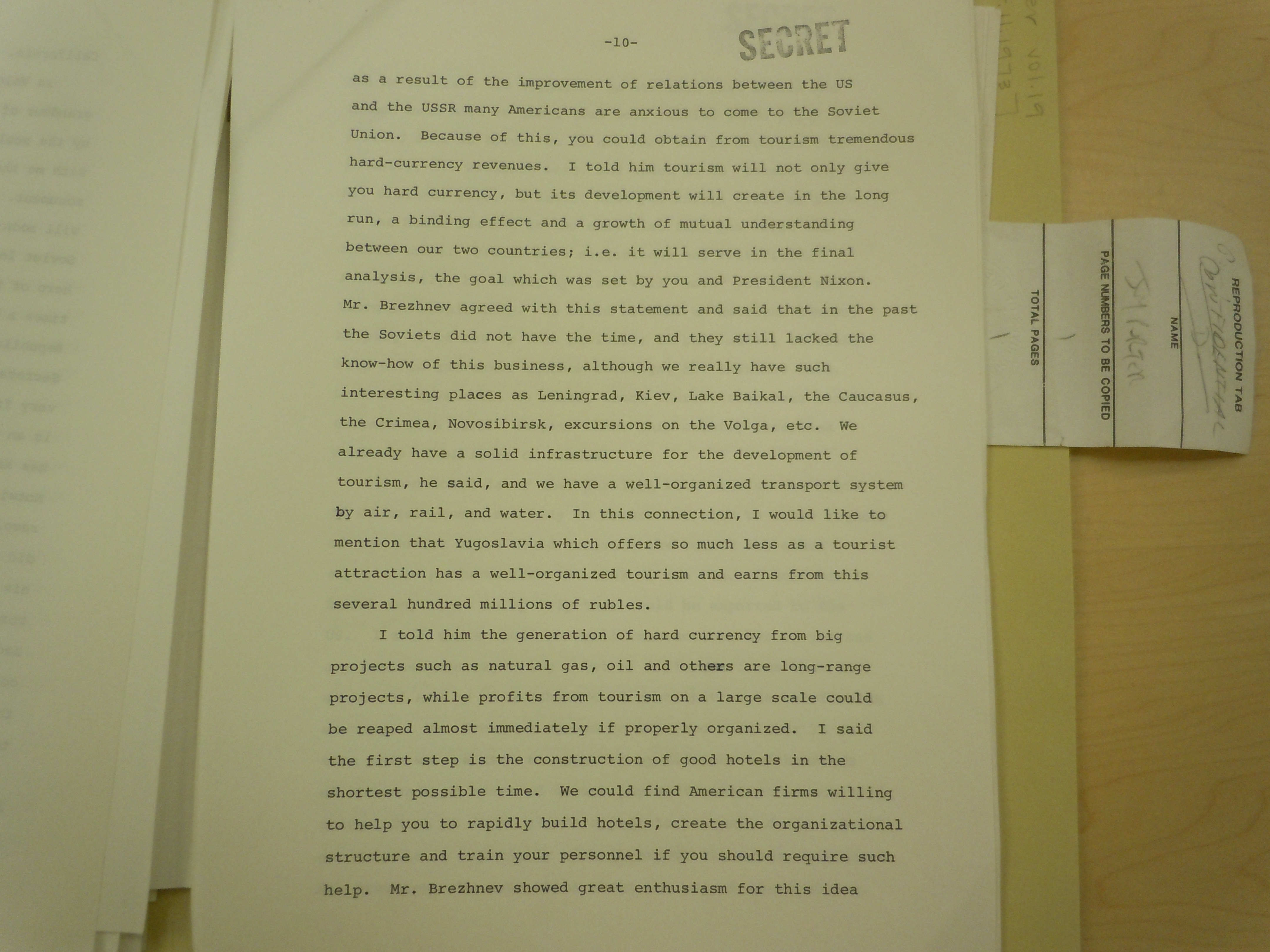 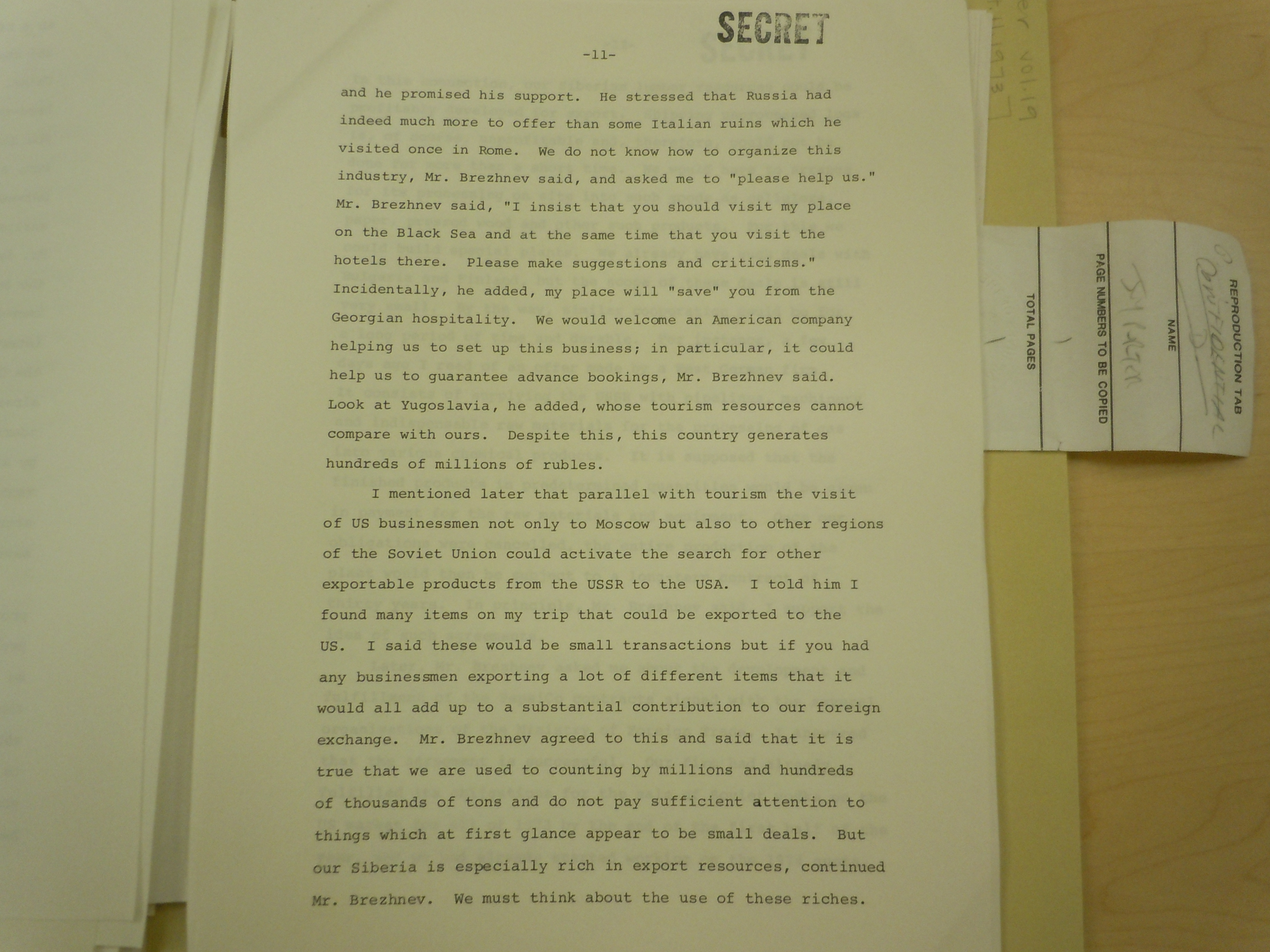 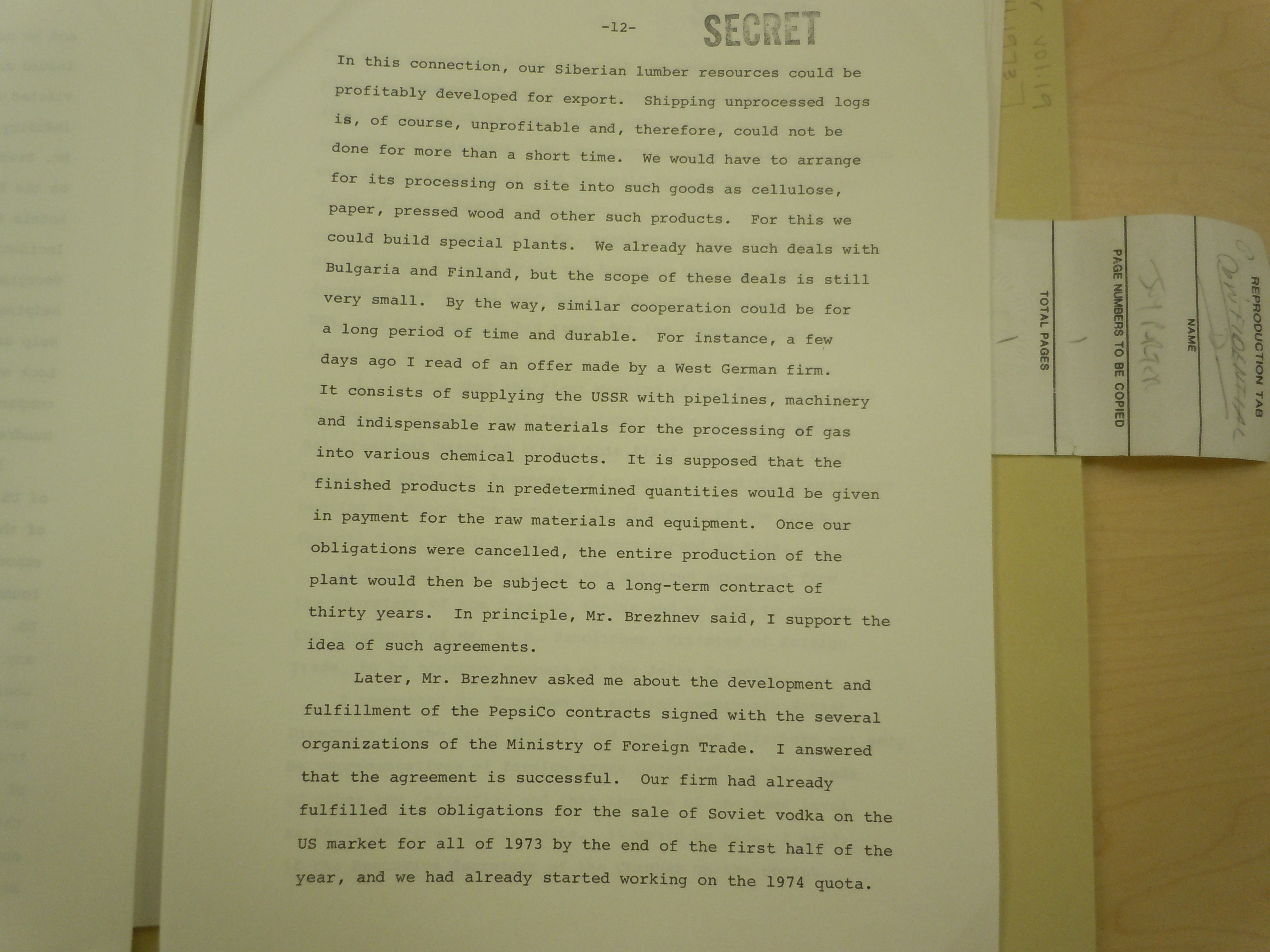 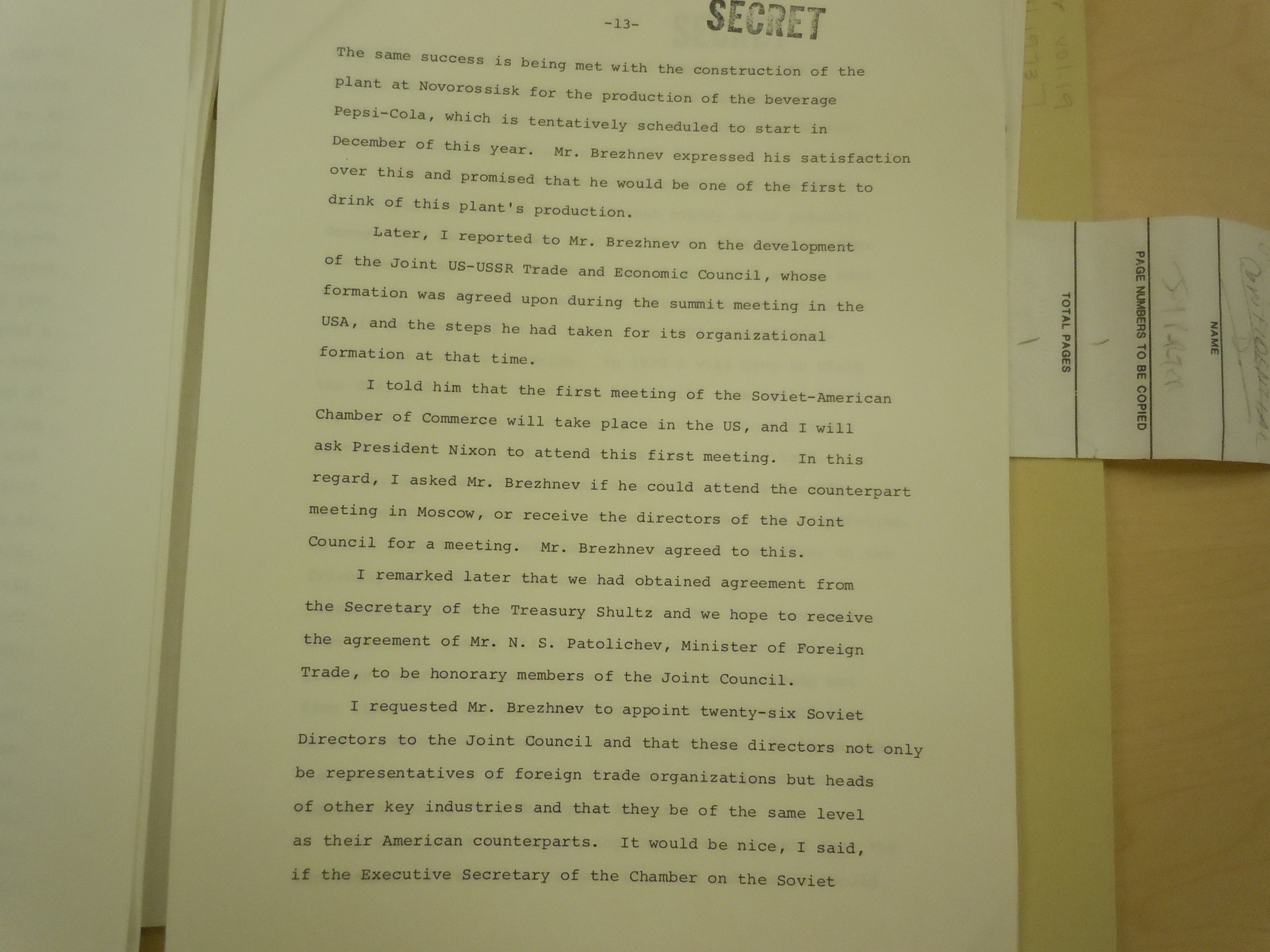 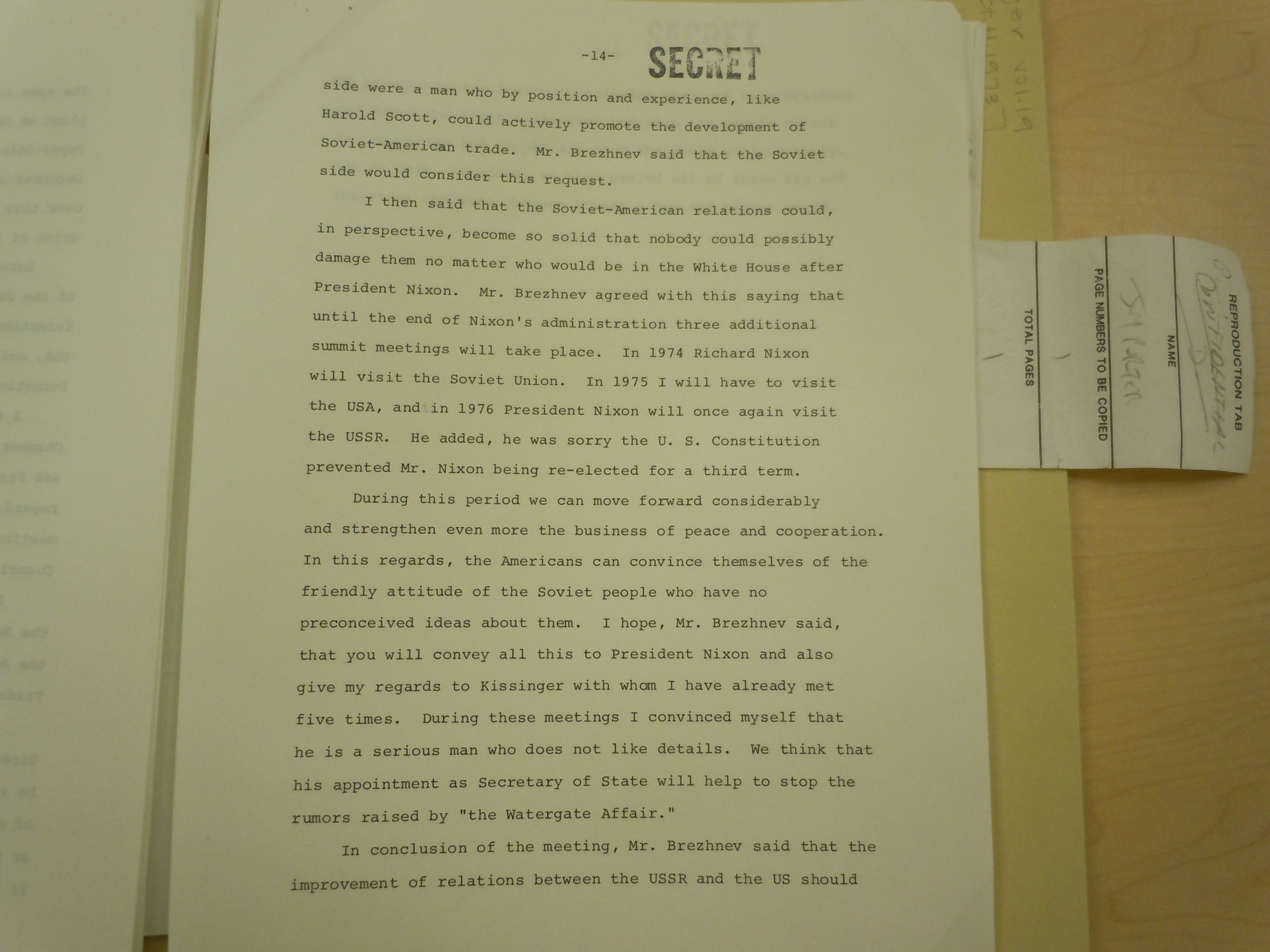 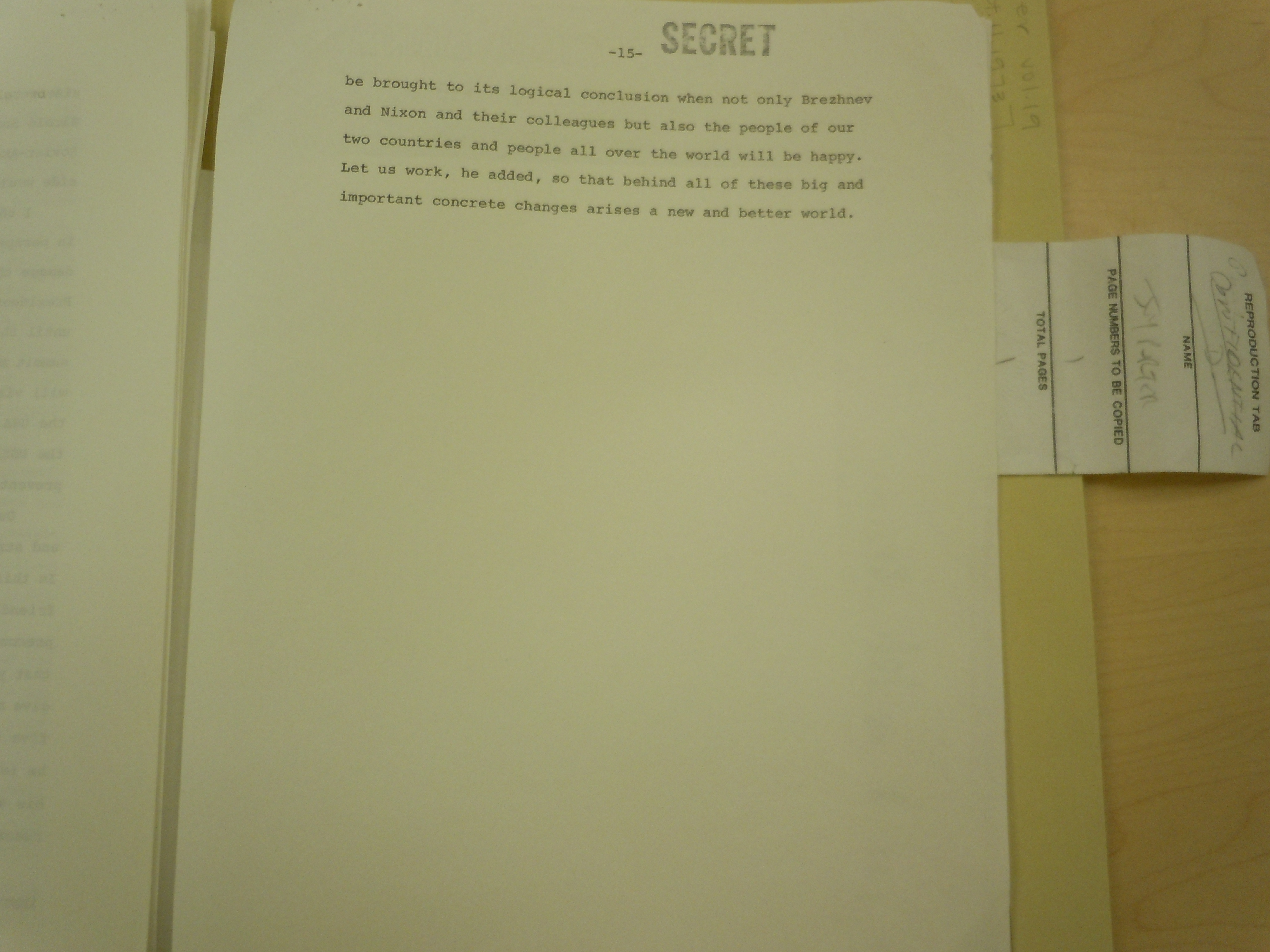