Irony of Fate, or “Enjoy Your Bath!” has always been among my favorite Soviet films, and my students have always so loved it. (Click on the title for an English-subtitled version of the film freely available on the Mosfilm Channel of YouTube, an absolutely incredible source for Soviet films.) The premise of this romantic comedy, if you are not familiar, is that a newly-engaged doctor named Zhenya goes off to a Moscow banya on New Year’s Eve to drink with friends. Intoxicated in the extreme, Zhenya is mistakenly sent on a plane to Leningrad in place of one of his buddies. Passing in and out of consciousness on the plane and after arrival in the Leningrad airport, he does not even realize he is no longer in Moscow. Zhenya hails a cab, gives his address, and emerges in front of a Leningrad apartment building with the same street address as his Moscow flat. Still inebriated, he enters the building, rides the elevator to his usual floor, and to the door of his usual apartment number. The building is so similar to his own that he still does not realize he is in Leningrad rather than Moscow. His key even works in the door. Zhenya flops into the bed in the darkened apartment, only to be awakened when the beautiful Nadya returns home to find this stranger in her bed. Over a night of hilarity and misunderstandings that destroys each of their relationships with significant others, Nadya and Zhenya fall in love. It’s a wonderful film and well worth watching if you’ve never seen it.

Of course, the entire premise of the film works because of the mass, uniform construction of Soviet apartment blocks. These buildings, the product of enormous state-led housing construction projects, still hover over the urban cityscape all around the former Soviet Union. These mass housing construction campaigns and the subsequent changes in the lives of their new residents are the subjects of our sixth blog conversation here at Russian History Blog, as we will discuss Steven E. Harris’s beautifully written new book, Communism on Tomorrow Street: Mass Housing and Everyday Life after Stalin (Woodrow Wilson Center Press and Johns Hopkins University Press, 2013).

Steven E. Harris is Associate Professor of History at the University of Mary Washington. In addition to Communism on Tomorrow Street, the subject of our discussion, he has written about Soviet architects’ interactions with the Western media in the late Stalin and Khrushchev years. His current research focuses on the entangled history of Aeroflot and Pan American World Airways, and he is the co-organizer of the project Second World Urbanity. 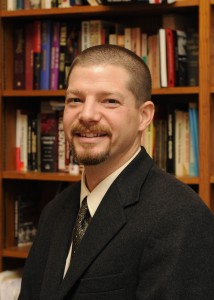 Karl Qualls is Associate Professor of History at Dickinson College in Carlisle, Pennsylvania. He received his Ph.D. from Georgetown University under the direction of Richard Stites. He has received research grants from the J. Paul Getty Research Institute, American Council of Learned Societies, Library of Congress, National Council for Eurasian and East European Research, International Research and Exchanges Board, Kennan Institute for Advanced Russian Studies, and Howard Foundation, among others. He is author of several articles, chapters, and a book, From Ruins to Reconstruction: Identity and Urban Rebirth in Soviet Sevastopol after World War II (Cornell, 2009) focused on state-society and center-periphery relations in the reconstruction of Sevastopol after World War II. His urban studies approach combines political, cultural, and social history with a particular emphasis on local initiative. Karl is currently working on two new projects: researching children who fled the Spanish Civil War and were raised in the Soviet Union and creating a digital humanities archive of the Russian-American experience. His teaching interests include Russian and German history, comparative revolutions (political, social, and cultural), dictators, urban history, and more. He blogs at Teaching History.

Dana Simmons is Assistant Professor of French History at the University of California at Riverside. She received her M.A. in Art History and Ph.D. in History at the University of Chicago.  Her Ph.D. thesis won recognition as the best dissertation in the Social Sciences at the University of Chicago in 2004.  Her awards include a Jacob A. Javits Fellowship, a Visiting Fellowship at the Institut d’ Etudes Politiques de Paris, a Graham Architectural Foundation Trustees Award, a William Rainey Harper Fellowship, and has been a scholar-in-residence at the Max Planck Institute for the History of Science in Berlin.  She is currently revising a book manuscript for publication.  Minimal Frenchman: Science and Standards of Living, 1840-1960, traces the rise of a modern project to prescribe the parameters of life.  It covers the science of nutrition, wartime rationing, minimum wages and modernist architecture.  Simmons enjoys work in the discipline of history where she can play with the intersections between material culture, science, and politics, between things and words.

Mark B. Smith is Lecturer in Modern History at the University of Leeds. He received his Ph.D. from the School of Slavonic and East European Studies, University College London. He is the author of Property of Communists: The Urban Housing Program from Stalin to Khrushchev (Northern Illinois University Press, 2010). It is particularly concerned with the social contexts of Soviet property law, and in probing the complex meanings of ownership in Stalinist and post-Stalinist society. He is involved in numerous research projects on the Russian welfare state, the history of European urban life since 1945, and on transnational linkages across the Iron Curtain divide of Cold War Europe. 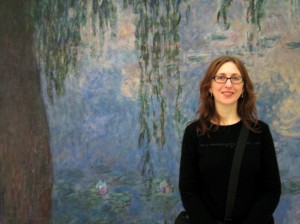 Christine Varga-Harris is an Associate Professor at Illinois State University specializing in postwar Soviet history.  Her research examines the intersection of Khrushchev-era housing policy with official ideology, society, and identity. She is currently completing her book Constructing the Soviet Hearth:  Home, Citizenship and Socialism during the Khrushchev Era, under contract with Cornell University Press.  Her new research project focuses on Soviet relations with non-aligned countries, from the perspective of gender.  Specifically, it explores the interactions of the Committee of Soviet Women with women from Africa, Asia and Latin America, in the sphere of international activism, in the discursive and visual realm of its publication Soviet Woman, and in the travel and educational exchanges that its members both participated in and facilitated.

Kimberly Elman Zarecor is Associate Professor of Architecture and Director of the Bachelor of Design Program in the College of Design at Iowa State University. She is the author of Manufacturing a Socialist Modernity: Housing in Czechoslovakia, 1945-1960, (University of Pittsburgh Press, 2011), which focuses on the intersection of architects, housing design, and the state apparatus in the early years of Communist Party rule. It follows the development and deployment of standardized mass-housing types such as the prefabricated structural panel building and examines the relationship between communism and architecture. Her new book-length project is about the development of the industrial cities in the Ostrava region since 1960. The project frameworks include the concept of ‘infrastructural thinking’ as a component of socialist-era urbanism that has carried forward into the post-1989 period, as well as ‘ordinary modernism,’ an idea that Ostrava and other non-capital cities in communist Europe represented a non-experimental implementation of the modernist program for neighborhood development promoted since the 1920s by groups like CIAM (International Congress of Modern Architecture) and UIA (International Union of Architects). The ‘ordinary’ examples, such as Ostrava, show that the modern project did not die or fail in 1938 as long argued by architectural historians, but rather that it was a vital and successful model of city building utilized across the Eastern Bloc and the Soviet Union.