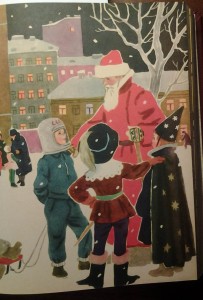 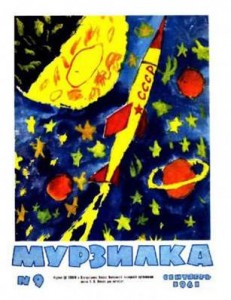 …Roshanna, I’m curious: what’s your view(s) on the accuracy of the various detrimental assessments of Tereshkova’s performance on her flight? Although she’s one of the few Heroes of the Soviet Era to retain her image, prestige and even her political position essentially unscathed, there are those reports that began trickling out following the fall of the USSR regarding Sergei Pavlovitch’s extreme dissatisfaction with her inability to maintain a professional demeanor. First starting with the reports of her suffering from Space Adaptation Sickness for most of her flight, then progressing to incontinence with both bladder and bowels, and – depending on who’s telling the tale – culminating in at least emotional breakdown, with the first occurring within the first five to ten orbits.

Excellent commentary, by the way 🙂

Thanks for your question. I have to say that I’m skeptical about the narrative line that emphasizes Tereshkova’s lack of prowess. Nikolai Kamanin’s diaries are frequently cited as the key source for such discussions. Given that Kamanin was in charge of cosmonaut selection and training, and later became the chief architect of the cosmonauts’ public personae, his diaries provide excellent insight and tell us more than many other sources about the personal lives of Soviet space heroes. Of course little of that insight would have been available to the contemporary public, who would not have been privy to the many anecdotes Kamanin described (except to the extent that they were leaked). It shouldn’t be forgotten that Kamanin was long of the opinion that only Air Force pilots should be cosmonauts, so hadn’t championed Tereshkova to begin with. He was also one of the people responsible for spreading the idea that Tereshkova’s alleged space sickness was the result of heightened female emotions. As Slava Gerovitch shows in his article “The Human Inside a Propaganda Machine,” Kamanin was much more interested in Tereshkova as a celebrity than as a cosmonaut. He believed she was an extraordinary propaganda asset, and took personal credit for making her famous. His plans for her trumped Tereshkova’s own ambitions. She was able to continue training in the cosmonaut corps for a short time, and worked to develop her scientific and technological skills through further education. But in the end, she became a politician, which is exactly what Kamanin wanted her to do all along.

Roshanna, the letters you posted are striking in terms of how they capture the ways in which Soviet space achievements resonated at the daily level in people’s lives. I found the contrast with the U.S. also instructive, in that while the young Soviet girl felt was able to conceive of a future that would include her, the American girl was perhaps more resigned at being excluded. Yet, the reality is that in the early years (and arguably still) both programs were highly sexist and male-oriented. In that sense, do you see perhaps that the high hopes that Tereshkova raised among a generation of young Soviet girls were betrayed in the end, since the Soviet space program remained dominated by a male-oriented culture?

I want to also comment on two other points. The first is that if you look at group photos of Soviet engineering teams from the 1950s and 1960s involved in the space program, there are a surprisingly high number of women in the pictures, surprising given their near-absence in the cosmonaut corps. Admittedly this is anecdotal evidence, but it would be interesting to see the numbers of Soviet women in the sciences and engineering fields and how those numbers changed in the 1950s and 1960s.

Finally, about Tereshkova: her reputation was clearly marred by the fact that the men in charge of the space program were only eager to pile criticism on her. Some of this was undoubtedly because she was woman. And some of it was because engineers were loathe to blame the technology when things didn’t go right on a space mission. Instead they blamed the cosmonauts for screwing up (as happened on a number of missions in the 1970s)

[…] Needless to say, there are a lot of things we can learn from Tereshkova’s story, but also from the USSR system as far as women in science are concerned.  Take this letter from a girl from Ukraine to Yuri Gagarin: […]