Posted on December 12, 2013 by Roshanna Sylvester 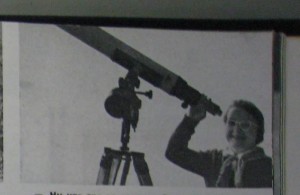 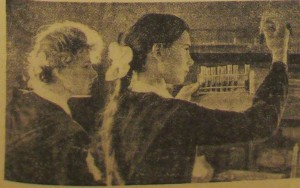 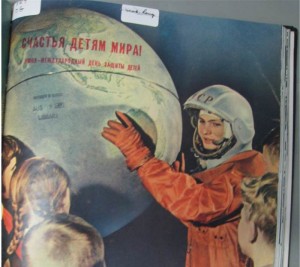 Statistics offer compelling evidence about female desire and ability to advance in the realms of Soviet science and technology. They also demonstrate that something went right in the Soviet 1960s that enabled girls to move ahead in their pursuit of scientific knowledge and associated careers. Analysis of pedagogical journals suggests that girls’ quest for advancement in the 1960s was aided by the USSR’s standard school curriculum, which privileged the study of math and the hard sciences. There are also hints that girls benefited from generalized efforts by science and math educators to identify and mentor talented students as well as to improve the overall quality of instruction in those fields. As far as influences beyond the school room, sociological studies (particularly those conducted by Shubkin’s group in Novosibirsk) offer support for the notion that parents played key roles in shaping daughters’ aspirations. But those results also suggest that girls’ ideas about occupational prestige both reflected contemporary stereotypes about ‘women’s work’ and offered up challenges to male domination in science and technology fields.

[iv] Of all the advanced university degrees awarded to women in 1962-64, over half were in applied sciences and more than a quarter in the natural sciences. At the doctoral level, while only one in twelve physics and math degrees went to women, female chemists constituted 40% of recipients in that field. See Norton T. Dodge, ‘Women in the Professions’, Women in Russia, eds. Dorothy Atkinson et. al., Palo Alto: Stanford University Press, 1977, pp. 212-213. These numbers were particularly impressive given that in the US, only about 5% of PhDs in chemistry and math and fewer than 3% in physics went to women. See Statistics compiled by the American Institute of Physics Statistical Research Center from NSF data. (http://www.aip.org/statistics/trends/highlite/women05/figure7.htm)