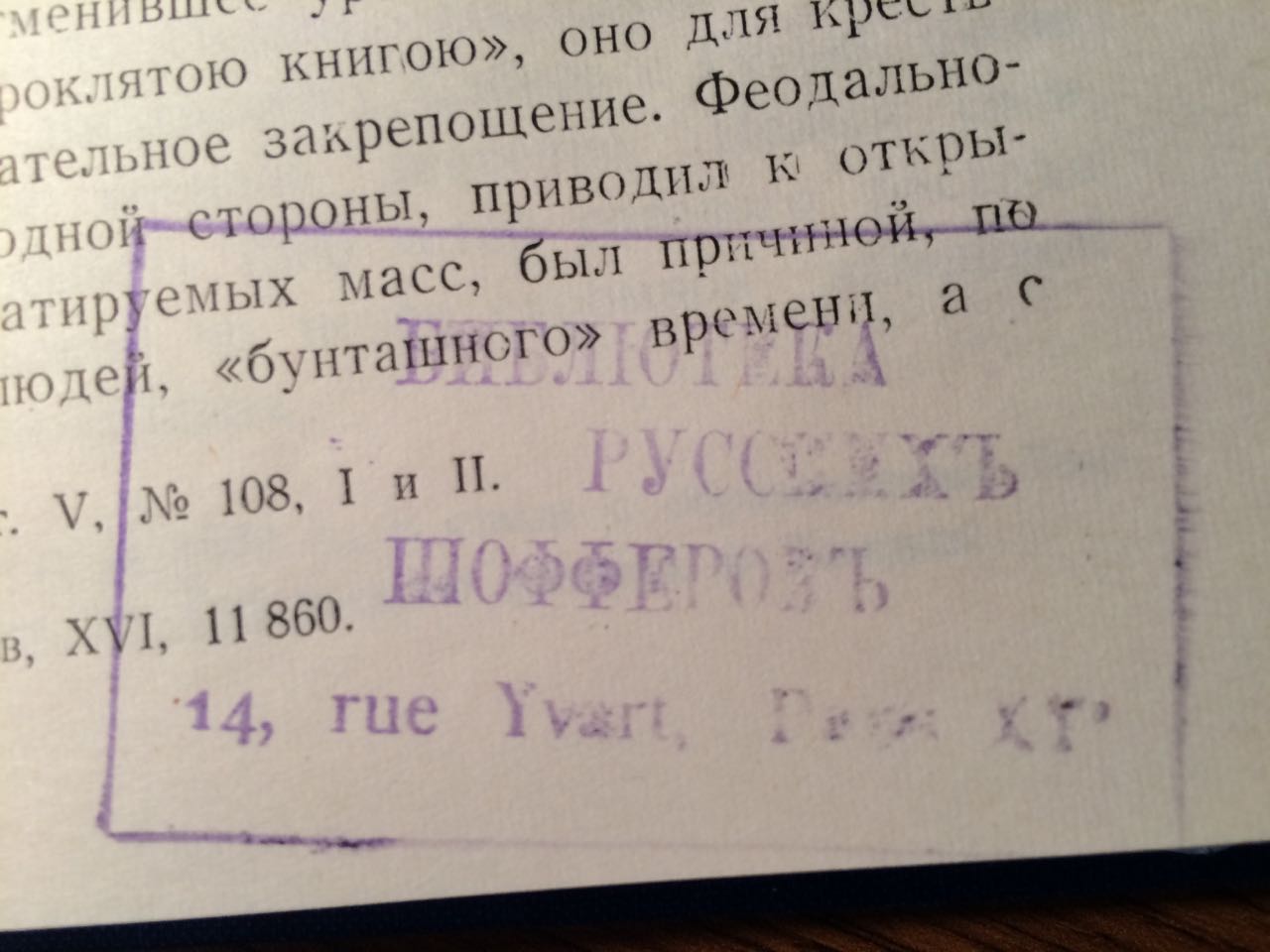 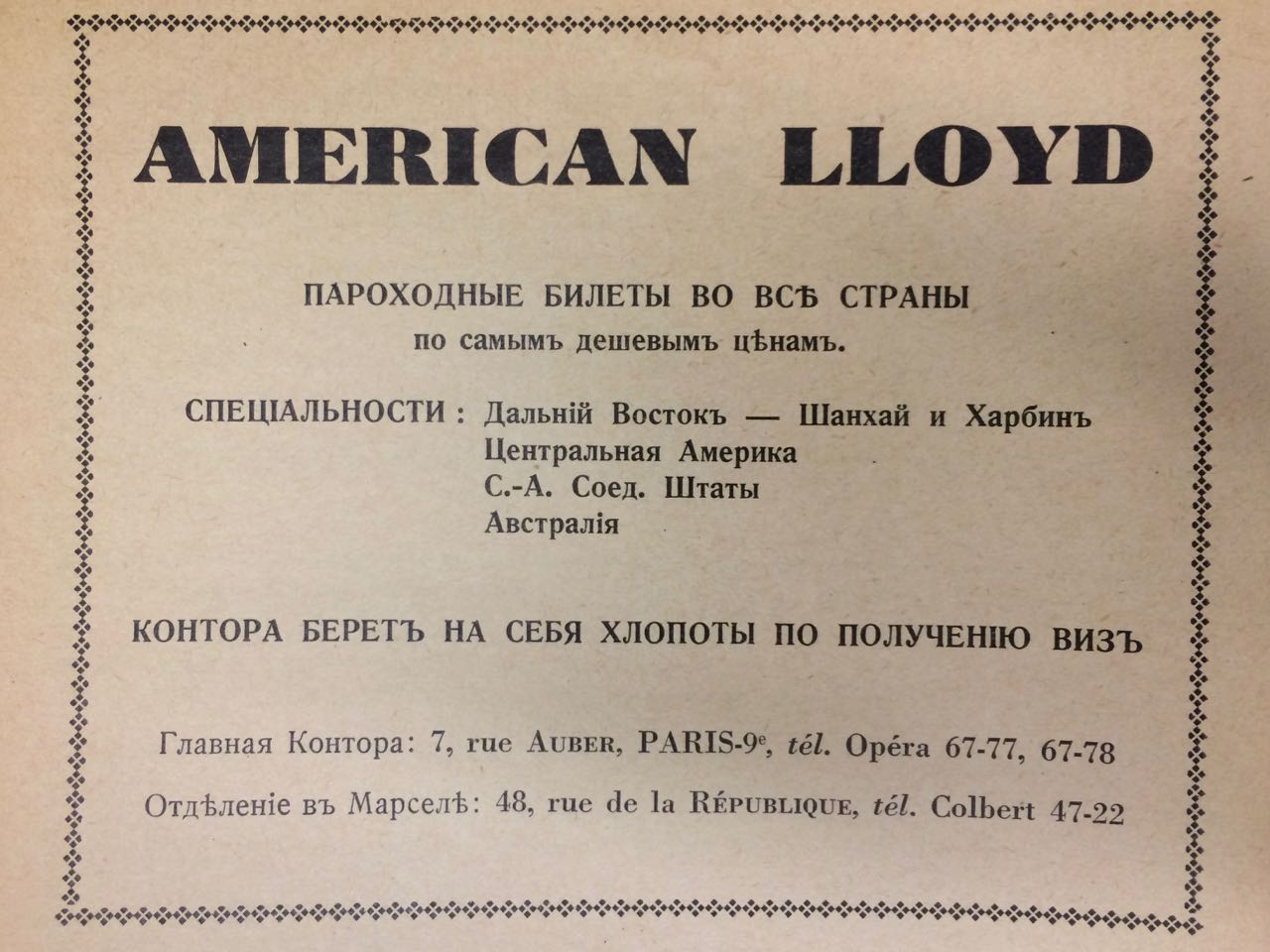 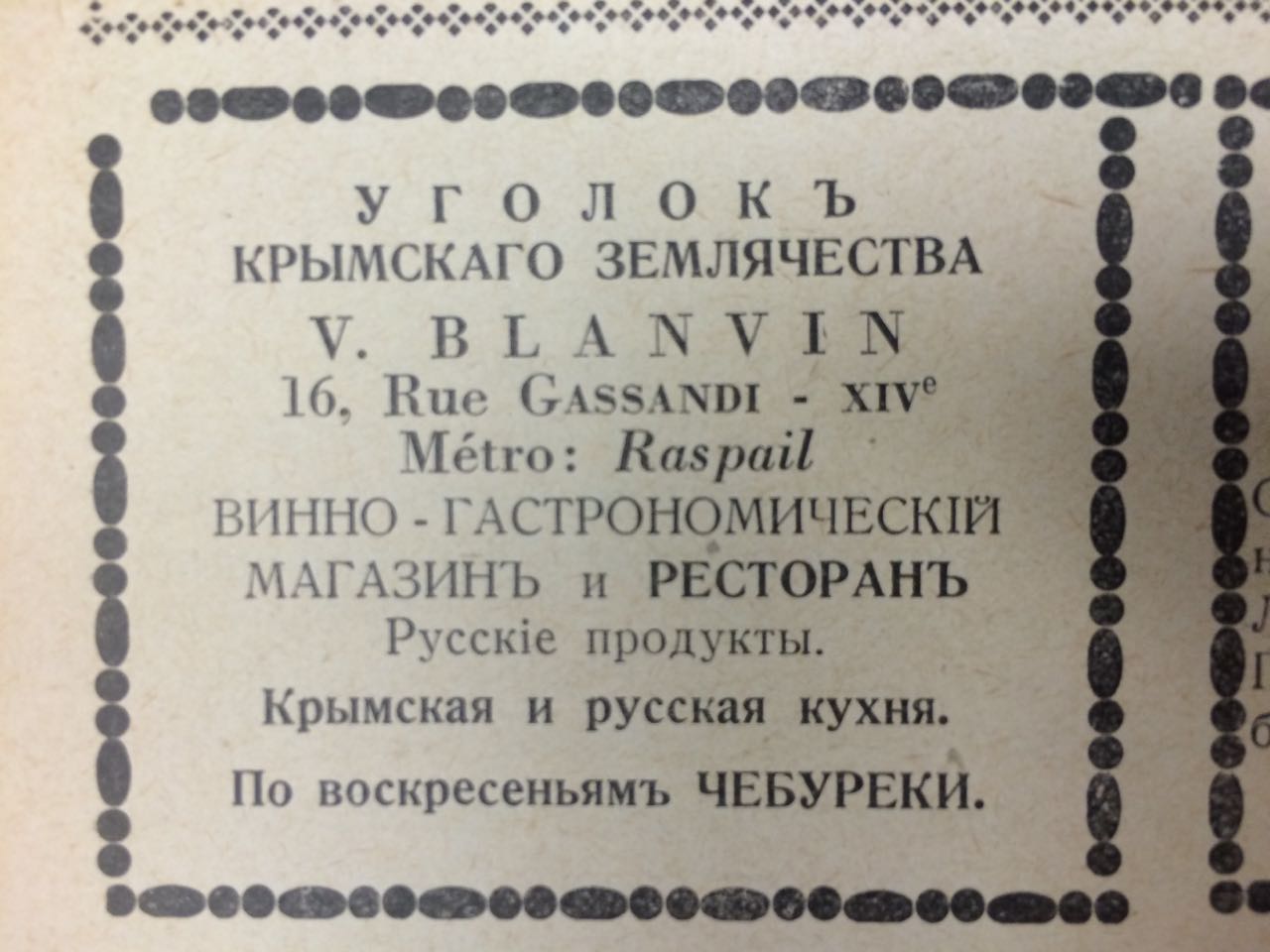 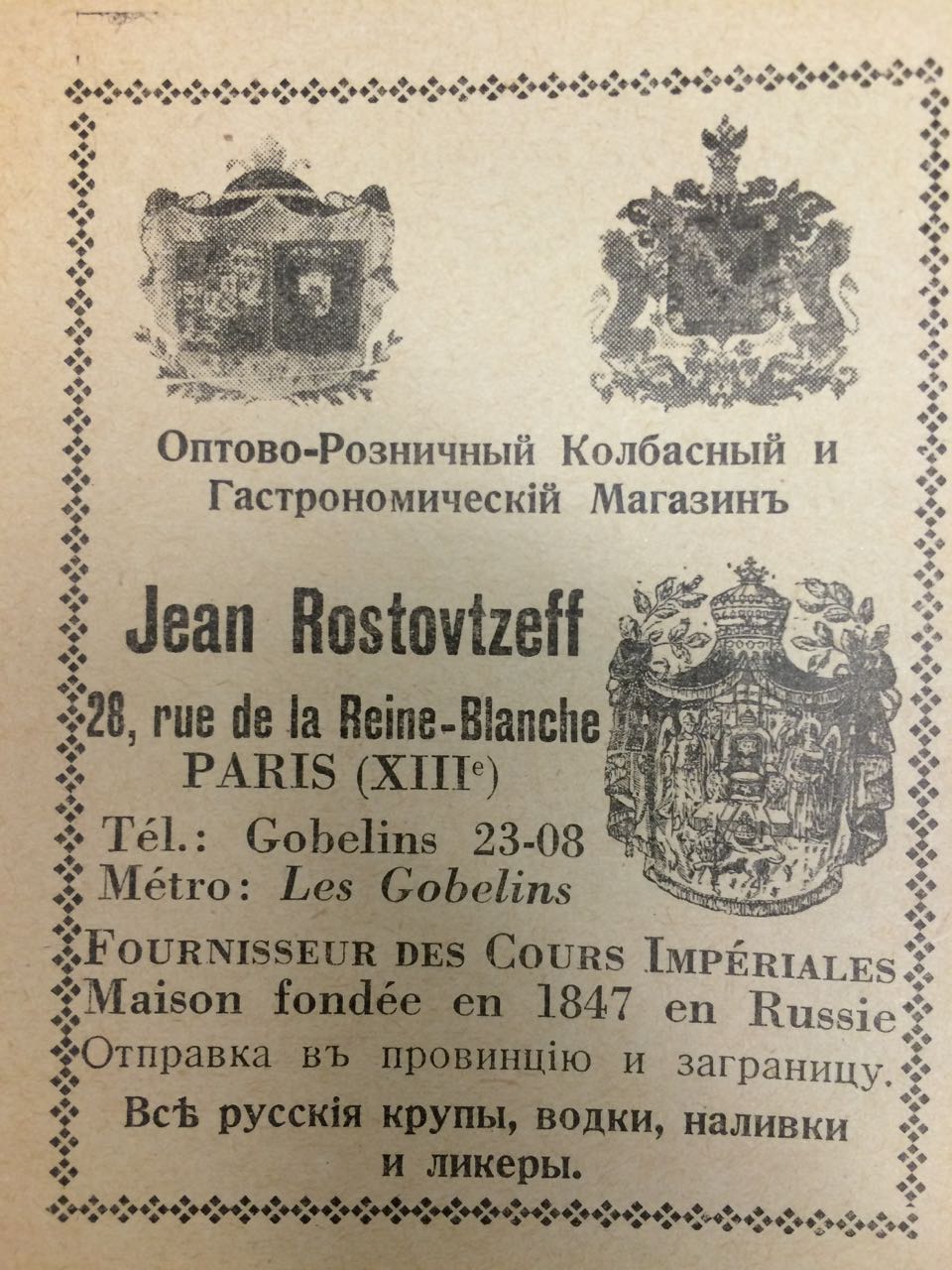 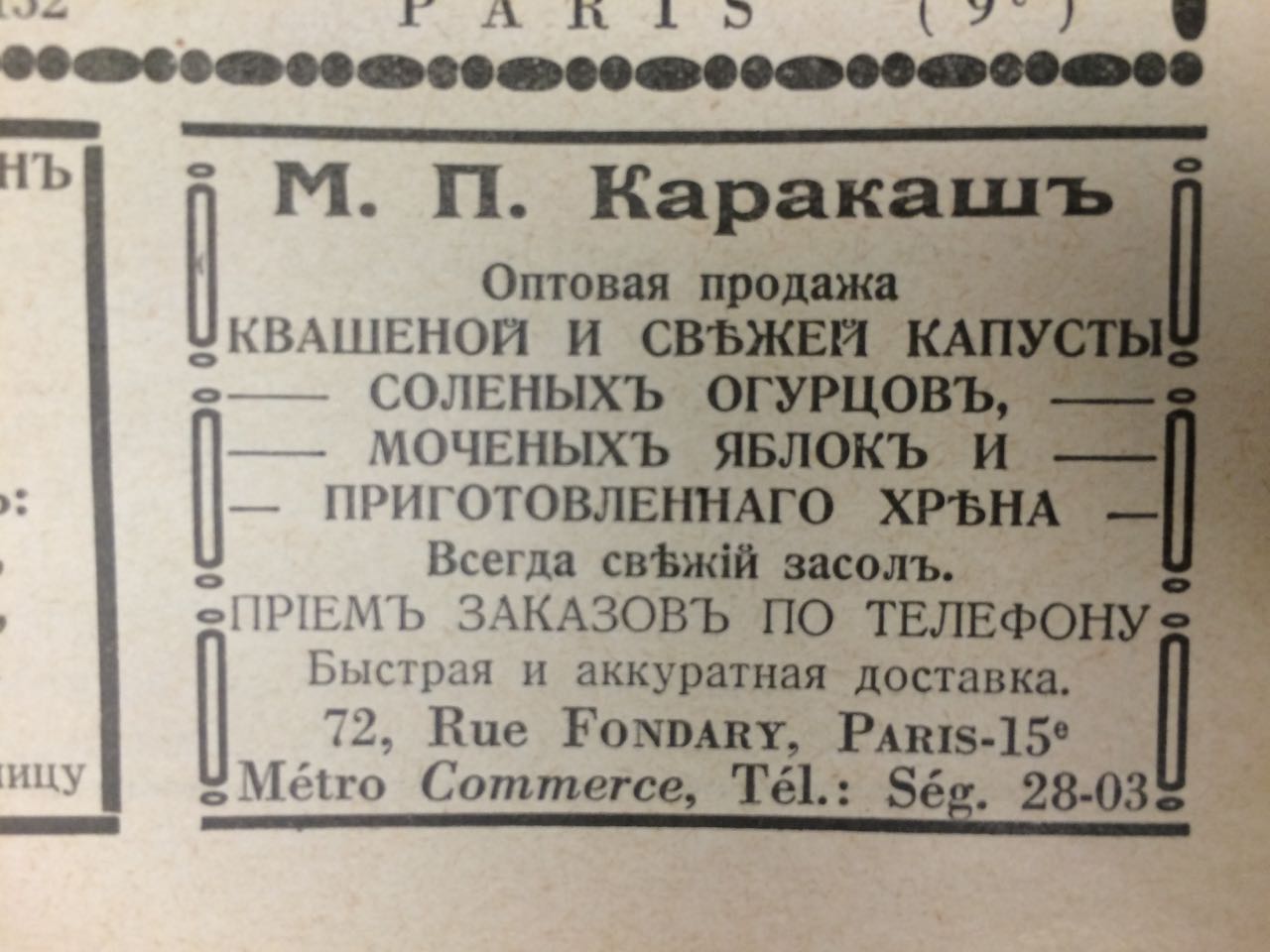 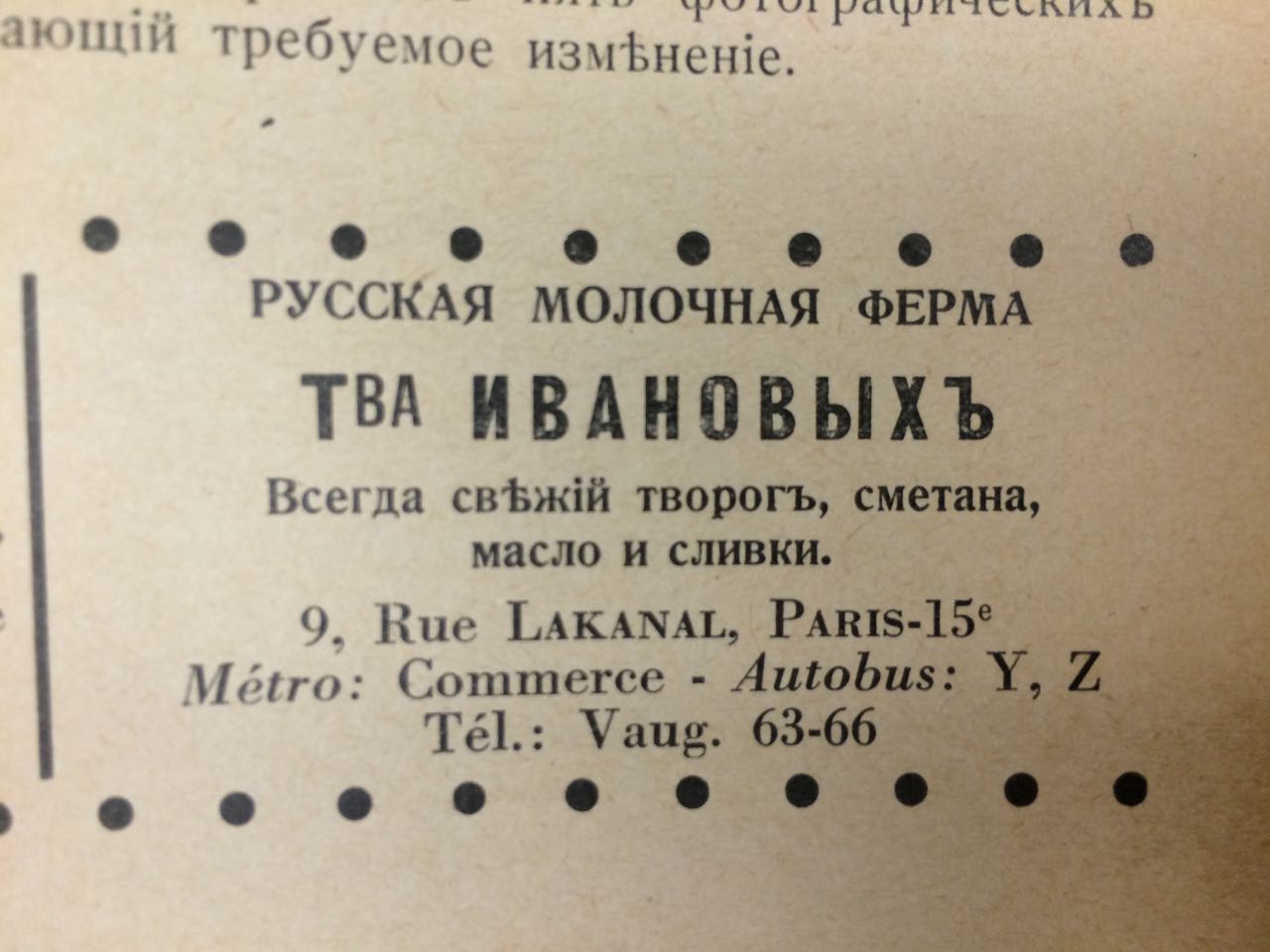 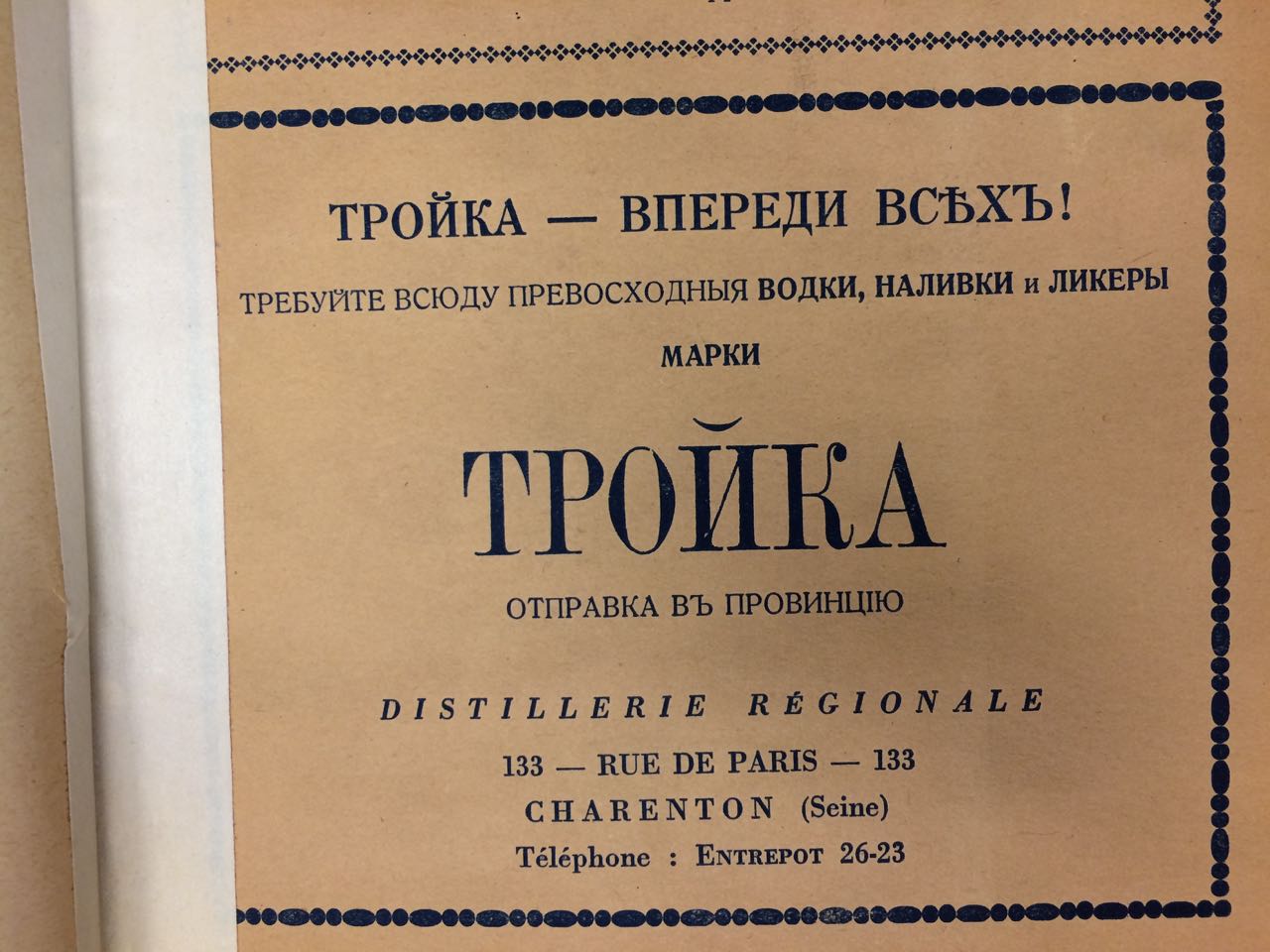 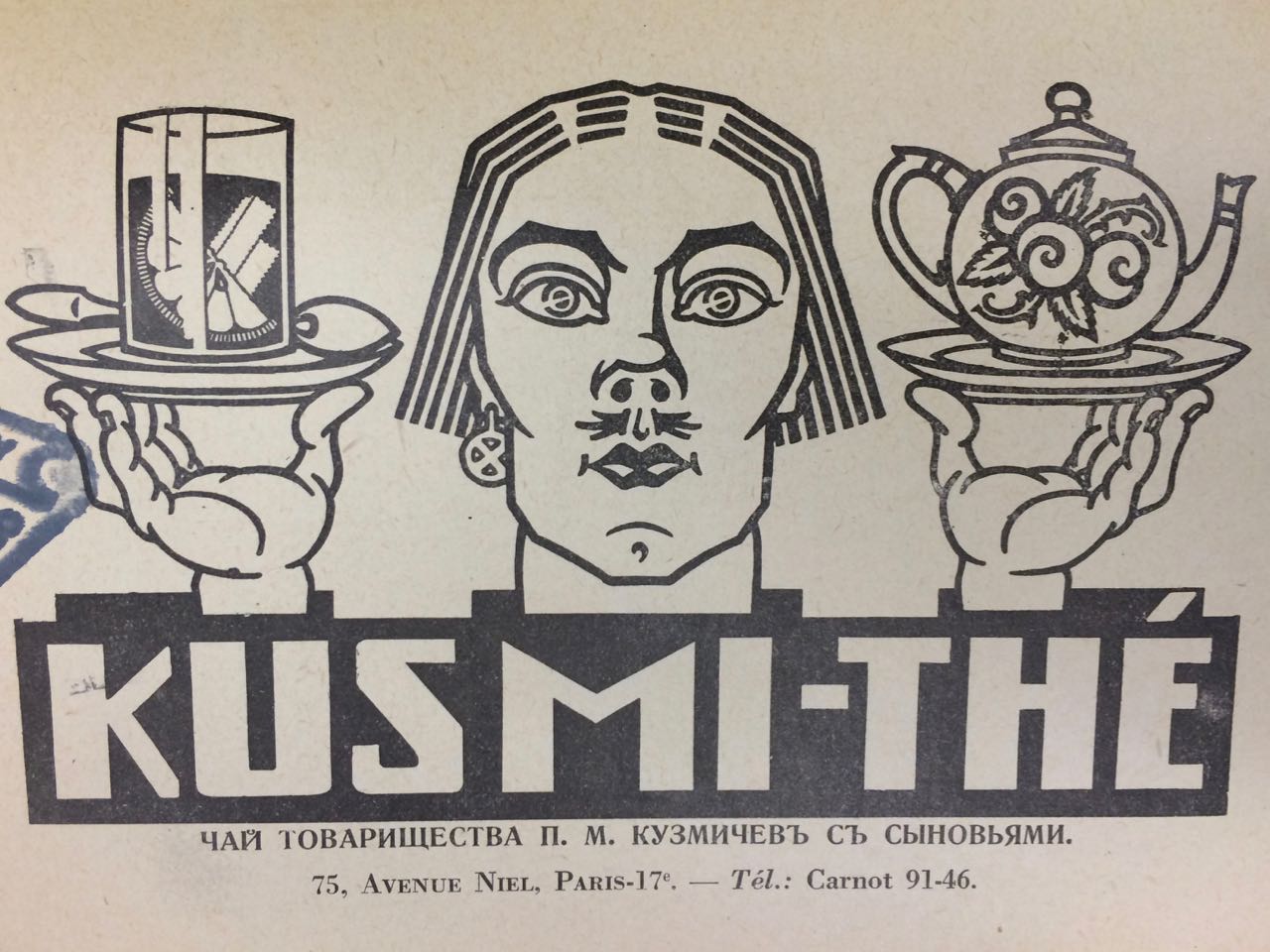 Wonderful post, Alison. For those interested further in the Soiuz russkikh shoferov, Columbia’s Bakhmeteff Archive has an entire collection of the Paris organization, numbering 17 boxes and 6000 items. From the Summary:

Correspondence, photographs, minutes, financial records, subject files, printed material and membership files of Soi︠u︡z Russkikh Shofferov (the Union of Russian Chauffeurs) founded in Paris in 1926 and incorporated in 1945 into the French drivers union, Cochers et Chauffeurs de Voitures de Place as a Russian local. The organization functioned both as a fraternal society and a labor union; it operated a credit union, a summer resort, a dining hall and a library, and also interceded on behalf of its members (ca. 1,000 in 1945) before French governmental authorities. The bulk of the collection is comprised of membership records, minutes of meetings, financial records and subject files. There is also correspondence between members and the union office, and photographs taken at the summer resort in 1934 and 1936.
https://clio.columbia.edu/catalog/4078178.

Thanks, Peter (and sorry for the delay in approving this–it somehow got hidden in the queue of comments)!

I had the great pleasure to interview Prince Gregory Gagarin a few years ago. His family ended up in Paris, and he had some wonderful memories of his boyhood there before arriving in the US. If you want to take a look, I have videos of the oral history here. http://dh.dickinson.edu/russianamericans/

I had the great pleasure to interview Prince Gregory Gagarin a few years ago. His family ended up in Paris, and he had some wonderful memories of his boyhood there before arriving in the US. If you want to take a look, I have videos of the oral history here. http://dh.dickinson.edu/russianamericans/ The site is still unfinished, but still usable.

Thanks for this post! I’m guessing you’ve also read Ngaio Marsh’s A Man Lay Dead (1934)? The Russian characters in it are something else.

I have, but I’d forgotten that! (I’ve re-read Sayers many times, but not Marsh–perhaps I should change that, though.)

Wonderful! I am always looking for new authors to read, so I will put him on the list!

For those interested in the history of White Rusians in China, I have just published a memoir about the lives of my White Russian husband and his family while they lived in Harbin (Manchuria) during the 1940s and 1950s. It is titled “Mitya’s Harbin: Majesty and Menace” and it includes a 47-page chronology of events (expeditions, migrations, treaties, wars, etc.); a bibliography of 178 items; and extensive note citations. It is available on the Amazon.com Official Website and I would be happy to answer any questions about the book. Please just email me at: lezisser&outlook.com Regards, Lenore Zissermann, BA, BS, MA, OTR/R

Hello
Thanks for that. Very interesting blog post!
I’ve been researching Russians in Paris in the interwar period myself and am trying to find Russian restaurants specifically in the 15th arrondissement of Paris that were operating towards the end of the 1920s and into the 30s. (I live in the 20th arrondissement myself). As you mention that are a few notes of restaurants I wondered if you’d come across anything.
Thanks!
Duncan