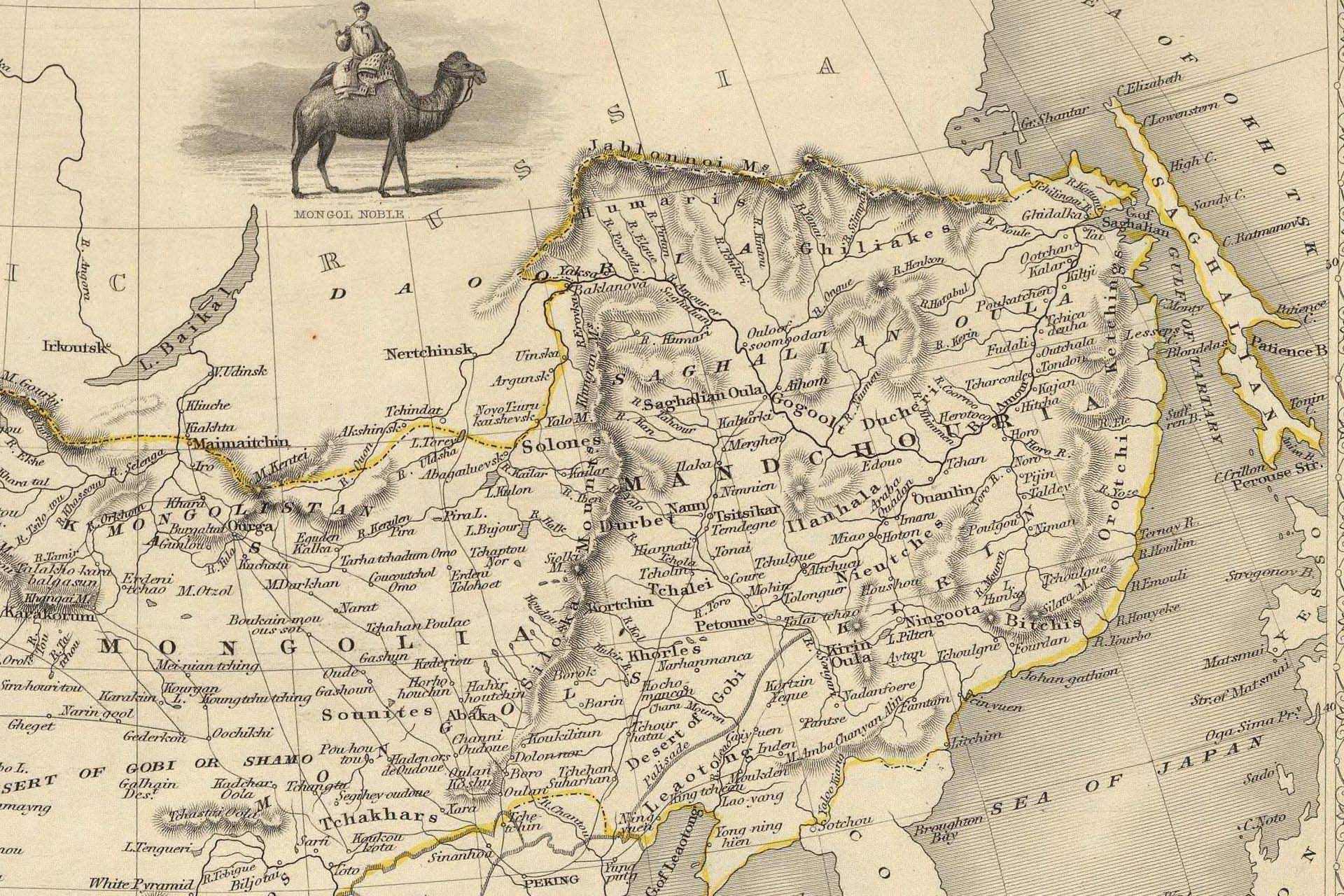 The continental trade between Russia and China offers a specific example of the ambivalence that Russians had toward long-distance Eurasian trade. The Russian state avidly desired to establish and increase direct trade with China. (Erika even goes so far as to argue that commerce with China – and “the East” more generally – was a chief motivation for the Russians to even be in Siberia.) Yet Russian-Chinese trade was sporadic and tentative until the end of the eighteenth century. It became more stable and increasingly voluminous from the 1790s on, but from the beginning the Russian state was seeking an alternative. This was so perhaps because goods that were transported from China were made substantially more expensive when they arrived in European Russia after the many months of continental transit. It is thus no surprise that the Russians were very eager for the Chinese to open up their ports to Russian ships – which the Chinese refused to do until they were forced to after the first Opium War. In the latter decades of the nineteenth century, as Chinese products increasingly arrived in Russia via Black Sea and Baltic ports (thus bypassing Siberia altogether), Kiakhta shifted from being a funnel of Russian-Chinese trade to a key location for Russia’s more modest and localized trade with the Mongols. Meanwhile, thanks to the maritime routes, Russians could finally get their fill of Chinese tea: tea prices dropped and consumption rose.

But despite the reality that official St. Petersburg welcomed the opportunity to shift to maritime connections between European Russia and the Far East on the grounds of economic efficiency, there was also considerable backing for retaining and revitalizing the continental route. The pro-continental trade lobby was led by the Siberian merchants as well as ones from Moscow with a direct investment in the land route. Yet – and this is a telling detail – these self-interested parties were joined by other citizens who argued that the (previously subsidized) continental route facilitated crucial economic development of Siberia and thus was vital for securing this thinly populated region for the Russian Empire. (These concerns were later addressed by the building of the Trans-Siberian Railroad.) In other words, in such a vision the Russian-Chinese trade route through Siberia served the needs of the state – not to mention enrich its coffers through tariffs – by helping to make life on the frontier a bit more bearable. It was, in a sense, a state development project. The higher prices that consumers in Moscow or St. Petersburg paid for Chinese goods helped pay for the maintenance of the Siberian route. All this to say that trade and commerce in Siberia, in early modern as well later periods, was rather complicated business, involving overt and covert interests. Erika’s book gives us an important window to look at some of these, and to reassess Muscovy’s position in the world economy in the process.

One reply on “The Merchants of Siberia — Siberia transit trade”

Ilya, you hit the nail on the head with this question, ‘what standard do we have for calling a particular trade vibrant and a particular route or set of routes important?’ From the outset, it was one of my central conundrums. Several time during the course of this project, I would share my research—describing, for example, the large and variegated caravans that passed through Siberia–and be asked, ‘So, are you describing a more vibrant trade environment than we’ve understood?’ Every time someone asked me this question, I would think of the pages of blank customs books I flipped through, where not much more than a bag of flour or some goats, was all that was declared. And I wasn’t sure how to best answer the question or characterize what I was encountering. As I looked harder and unsuccessfully for other economic histories that would better contextualize the picture for me, I was less sure still. But then, I had my ‘how I learned to stop worrying’ moment. Only, it wasn’t one moment. It was gradual, and it came from multiple directions. First, studying Lake Yamysh, and the Russian trade with China in the seventeenth century, I became quite persuaded that activity was increasing. Second, Valerie Hansen’s Silk Road: A History helped me appreciate that trade need not be constant to be important and vital; indeed, I asked myself, how much does the endless choice and availability our 24/7 hyper-consumerist world impart a standard, albeit unwittingly, for what adjectives are deservedly deployed in our assessments of economies of the early modern period? Finally, if so many informed people were seeing it in this way, then I would accept that it indicated a different expectation. Also, the discomfort I may have with a word like vibrant—comes from the subjectivity of the word. And there’s really no way of wholly avoiding subjectivity (while writing something digestible) if we are working from incomplete data and dealing in incompatible units. Whether we describe something as vibrant, important, backward, advanced, innovative, sporadic, tentative, civilized, modern—even the appropriateness of a word like stable is in some measure a function of the time-scale one applies, and this depends on a choice—we will resort to words that do not have a universally objective meaning. And yet, we need to make an effort to characterize and generalize about what we’re seeing. And so this is a start.

The rest of your comment has me thinking about the 18th and 19th centuries. Thank you for sharing this, and I do want to talk about this more with you, but I’ll stop here for now.