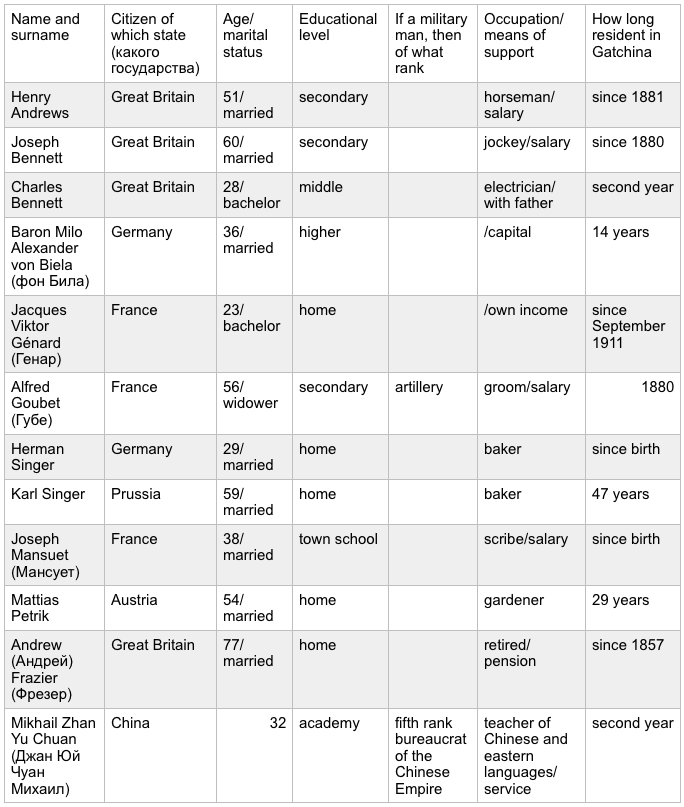 One reply on “Foreigners, revisited”

The benefits of history – this blog provides fascinating insights which inform operation of an international residential compound in contemporary Riyadh, which reflects Gatchina in so many ways, from CV-19 access policy (petitions) to road rage – yes, cycling conflicts. Thank you for this blog and your work.