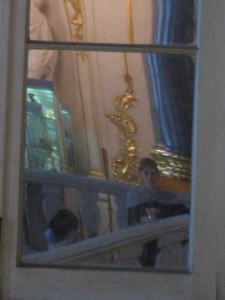 Alison Smith is professor in the Department of History at the University of Toronto.  Her early research focused on the production and consumption of food in eighteenth- and nineteenth-century Russia, leading to several articles, a book, Recipes for Russia: Food and Nationhood under the Tsars (NIU Press, 2008), and an article on national cuisines in the Oxford Handbook of Food History, Jeffrey Pilcher, ed.

More recently, she has examined social identities and social mobility in Imperial Russia, through an investigation of how individual Russians negotiated their soslovie (social estate) membership through interactions with local and central authorities. She has published a book (For the Common Good and Their Own Well-Being: Social Estates in Imperial Russia (Oxford University Press, 2014)) and several articles on this subject. She is also taking advantage of her Canadian location to think about Russia as a northern power, initially through co-teaching a course on, essentially,  Arctic world history.

Now, she has begun a new project focusing on the palace, town, and larger rural world of Gatchina, and particularly on the many people who lived or passed through the area. The story of the dead cheese master presented here is just the start.

One reply on “Alison Smith”