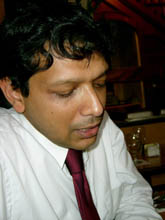 I’ve read Volumes I, II, and part of III of Boris Chertok’s People and Rockets. Do you have any idea when Volume IV will be available on the NASA History website?

I’ve also read all of these as Walter has and am keen to read volume 4… Any word yet on it’s release?

Thanks for your interest in the books. Volume 4 is actually out now and available from the NASA History Office.

I have read your articles with keen interest and noted that you are speaking with regards to the Cosmonauts exhibition in the London Science Museum. I myself am conducting some research on how Soviet space exploration and achievements are represented in the post-Soviet era (at the University of East Anglia). Given that you will be visiting the exhibition, I wondered whether I could possibly contact you about your thoughts on how the exhibition represented the Soviet achievements in this field via a few prepared questions (either by email/phone). I appreciate you are very busy, so do feel like you can politely decline, but in any case, I was interested in your views. I am in London myself visiting the exhibition tomorrow and hope to use the exhibition as part of my research.