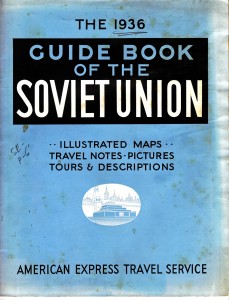 END_OF_DOCUMENT_TOKEN_TO_BE_REPLACED

To answer that question, I invited two eminent historians – well, one historian and one historically minded political scientist, Serhii Plokhii and Mark Kramer, both of Harvard, to speak at MIT on this exact situation. They spoke on Monday (3/17), the day after the Crimean Referendum and the day before the Russian President’s speech.

END_OF_DOCUMENT_TOKEN_TO_BE_REPLACED

In October 2010 influential filmmaker Nikita Mikhalkov published an extensive “Manifesto of Enlightened Conservatism” which was published as “Right and Truth” in polit.ru. (Read in Russian here.)

The defense of serfdom attributed to Mikhalkov, which I posted yesterday, may well be a fake, but his conservative views are well-known and worth reading. A shorter overview (and critique) of his Manifesto was published in Vedomosti and translated in The Moscow Times. I am taking the liberty of copying that article in full (below) as it might be interesting for our students in Russian history classes. Lest they (students) think the debates and views of Russian conservatism are archaic, they can see them returning in the extremely conservative new laws on homosexuality, on diversity within the Russian Orthodox Church (the rules on “insulting believers” are very broadly construed), and in the takeover of the Russian Academy of Sciences (long a bastion of independent thinking).

END_OF_DOCUMENT_TOKEN_TO_BE_REPLACED

According to a website called “Tsenzor.Net” filmmaker Nikita Mikhalkov told a group of journalists that he is preparing to make a film praising serfdom as “the wisdom of the nation.” His comments show a romanticization of history that is pretty hard to believe:

After all, what was serfdom? [he told the journalists]. Serfdom was patriotism, secured on paper. A person was tied to his mother-earth not only by a feeling of duty, but also on paper [in documents]. Serfdom is the wisdom of the people. It is 400 years of our history. And now, when people suggest we should erase 400 years of our history, I say to them, “Brothers, do you think our ancestors were idiots?”

“I am very happy that Putin is now reviving our historical memory,” said the director. “The law on registration [propiska] is exactly what our people are missing, what was torn out by the roots.”

END_OF_DOCUMENT_TOKEN_TO_BE_REPLACED

Many of you no doubt know of the work of MIT’s Elizabeth Wood. She has turned her attention in recent years from Russian revolutionary gender politics and early Soviet propaganda trials to the cult of Putin in contemporary Russia. Wood brings the trained eye of the historian and gender studies scholar to the image of Putin created and propagated over the last dozen years.

[A] longer view of Russian history suggests that what looks like a harbinger of democratic change can be better understood as something else: a familiar drama pitting the father of the nation against a flock of discontented children.

END_OF_DOCUMENT_TOKEN_TO_BE_REPLACED

Just a quick update to my last post on “Ivan the Terrible and the American adolescent.” The show in which I appeared (http://www.spike.com/full-episodes/59fkzw/deadliest-warrior-ivan-the-terrible-vs-hern-n-cort-s-season-3-ep-307) declared Hernan Cortes the victor over Ivan the Terrible. Ivan’s weapons were superior but psychological factors, once entered into the “Simulator,” did him in.

END_OF_DOCUMENT_TOKEN_TO_BE_REPLACED

I got involved in the TV show described below to see first hand the process whereby expertise gets turned into entertainment. The show is called Deadliest Warrior. It’s on Spike TV and seems to be for the 12-18 year-old male demographic. When I was asked to appear on the show, I’d never heard of it and asked my 13-year-old boy Alex: he, of course, knew all about it. My character plays an Ivan the Terrible expert. In the favored sporting metaphor of American culture, I’m Ivan’s coach (the “brain”), along with another actor who plays the role of Ivan’s warrior, an ex-Russian special forces guy and stuntman trained in shooting, horseback, and swordplay known as “the brawn.” He bears a remarkable resemblance to Vladimir Putin.