The British expat community found living in Russia to be a great hardship, regularly complaining about the inhospitable weather and its remote location. Even worse, Russia was expensive, especially for prominent foreigners who expected access to some of the finer things. The British envoy to Russia at the beginning of the eighteenth century (Charles Whitworth ) was one of those men. Fortunately, we happen to have access to a couple of his shopping lists (for 1705 and 1706) that provide some insights into the sorts of luxuries a diplomat needed to maintain his position in society. These items were also treated a special project for his staff to acquire, suggesting they weren’t always available in the local markets. 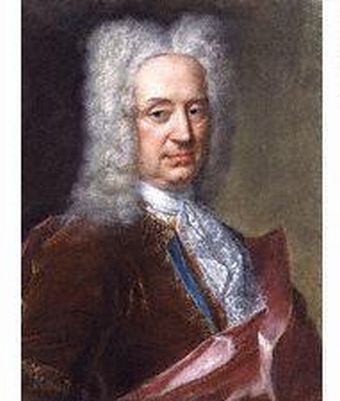 All the items below are on his list from July 1705. In Moscow, Whitworth instructed the British consul to purchase:

The more exotic list is his expectations for purchases to be made in Arkhangel’sk, including:

There’s so many interesting items on this list. My expectation is that this was a year’s provisions, purchased when cost was at its lowest (the middle of the trading season). I know from Whitworth’s other correspondence he preferred the spices to be purchased in Arkhangel’sk, because the cost was lower at the port than once the goods had been brought to Moscow. This suggests that the items on his Moscow list were probably coming overland than over water; there was a very robust wine trade across Eastern Europe so that seems likely. There are some indications that some of the spices available in Moscow were coming overland as well, most likely coming from South Asia through Astrakhan, but it’s possible that spices were still cheaper in Arkhangel’sk. In other words, that spices bought by European merchants in South and Southeast Asia, shipped back to Amsterdam or London, and then re-exported to Arkhangel’sk, were cheaper than the overland supply. Certainly the volume of the oceanic spice trade was larger.

Whitworth’s papers also include a summary of all of the goods imported in Arkhangel’sk over the course of 1706. From it, we know there were food items on it that he was not purchasing, so he was making deliberate choices for his menu. This included figs, prunes, simple syrup (both brown and white), citrons, dried cherries and apples, and olives. There were also dried orange and lemon peels, saffron and cardamom. Incidentally, while 134 barrels of pepper were imported that year, the next largest spice was cinnamon with 16 barrels, cloves and cardamom at 2 barrels each, and then even less of the others. Pepper was clearly the spice of choice in Russia (discounting salt, which was both domestic and imported through the Baltic ports, not in Arkhangel’sk). And while Whitworth hadn’t included any medicines in his shopping list, I need to mention the quite mysterious arrival of 18 bottles of “elixar” and a separate 18 bottles of “Apoplectique waters.”

I wouldn’t claim that these lists give us great insight into the food culture of turn of the century Moscow, but they do reveal that elites in eighteenth-century had access to some exotic spices, connecting Arkhangel’sk to Southeast Asia through a series of European intermediaries. It’s an easy way to provide some context to Russia’s global connections in the early modern period. And perhaps on another day we can discuss how Whitworth’s household consumed about 6 liters of wine per day!

This entry was posted in Imperial Russia, Russia in World History, Transnational History. Bookmark the permalink.