Historians often say that at least twenty years must pass before people can begin to grasp the true significance of an event. The passage of time dampens the passions, permits a more objective view, reveals new documents, and provides some sense of the long-term impact of the event. Yet the passing of more than a quarter century since communism’s demise in the Soviet Union and Eastern Europe has produced more light than heat. The documentary entitled simply “1989” provides a valuable eyewitness perspective on the collapse of communism.(http://www.budapesttelegraph.com/news/788/1989:_new_documentary_features_miklos_nemeth’s_help_bring_down_berlin_wall) It suggests the vital role of one small communist nation, Hungary, in setting into motion a chain of events that led, willy-nilly, to the dismantling of the Iron Curtain. At the center of this story – known previously but not so clearly and compellingly conveyed as it is here in this hour-long documentary — is Miklos Nemeth, the last prime minister of the communist government of Hungary. Forty years old at the time, Nemeth seemed like the perfect party scapegoat for an intractable economic crisis brought about by a severe financial crisis. Hungary had been unable to pay back Western banks for millions of dollars of loans that had replaced Soviet subsidies through the 1980s.

As with many dramatic political upheavals – including the French Revolution of 1989 — a budget crisis precipitated the chain of events that ultimately led to the collapse of the Soviet Union and its system in Eastern Europe. As a professional economist, the technocrat Nemeth seemed a logical choice to handle Hungary’s economic crisis – or at least to find a way to service that debt and avoid larger political repercussions. Western banks in the early 1980s had financed consumerism in Eastern Europe. They believed that communist governments in Eastern Europe provided an ideal customer for their loans, as the communist governments, immune to democratic political pressures, seemed likely to service the debt. The Soviets, for their part, were happy to allow Western banks to subsidize Eastern European consumerism, thereby shifting the burden of empire maintenance to the capitalist enemy (echoes here of Lenin’s dictum that the capitalists would give the Bolsheviks the rope with which they would hang the fat cats in top hats). But as with Germans banks and Greece more recently, the Western banks began demanding payment on their loans which the Eastern European nations simply could not provide; and as with Greece in 2010 the burden of servicing massive debt triggered an existential political crisis that went far beyond the economic and political fate of Hungary itself. 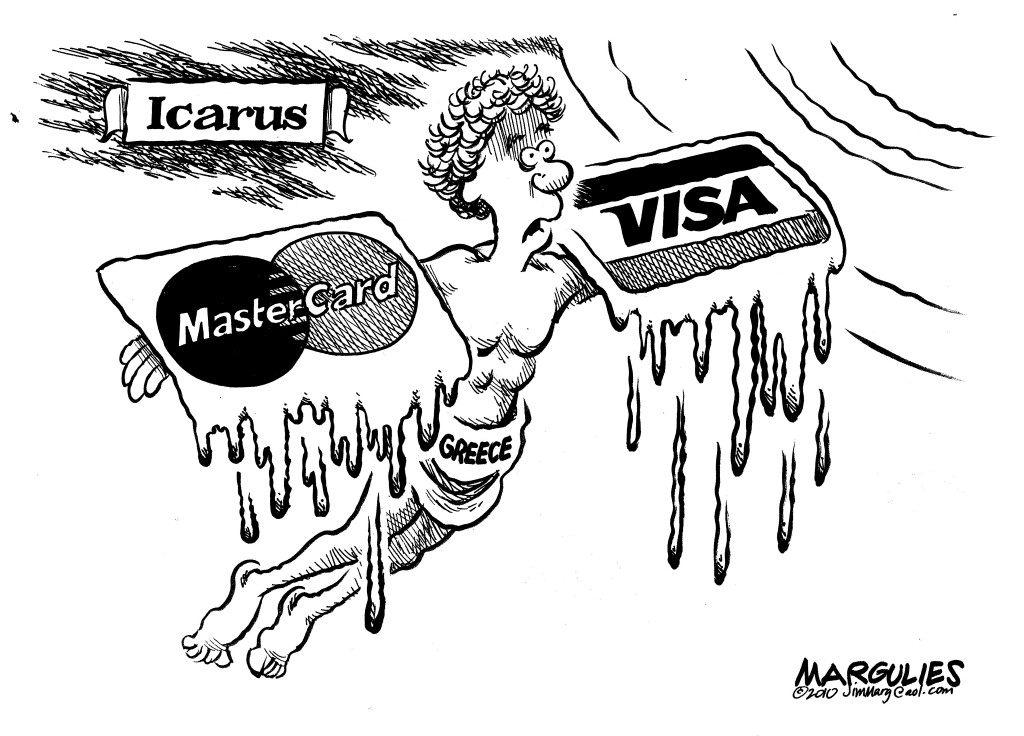 Combined with Soviet-driven reform efforts under Gorbachev, and the ensuing political instability, the economic crisis created a perfect storm that resulted, contrary to anyone’s expectations, in the dramatic end of communism in Europe – the reverse domino effect. 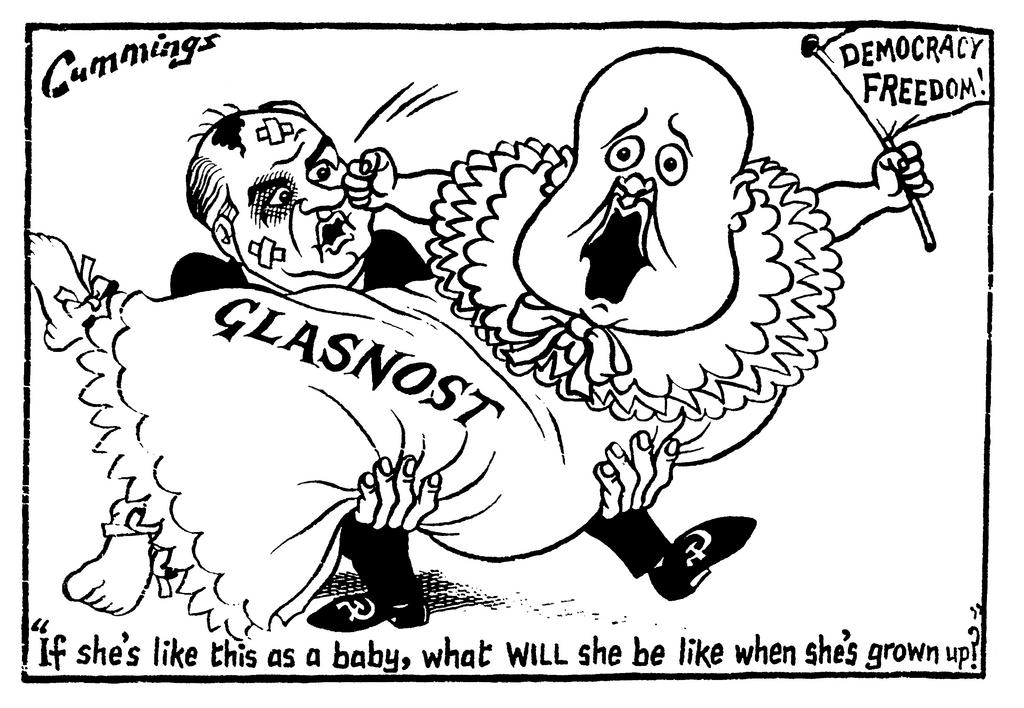 In Hungary, the panicked party leadership handed the mess over to the unknown Nemeth as the new Prime Minister in November 1988 – just one year before the collapse of the Berlin Wall, which it is safe to say no one, and certainly not the CIA or secret services of the Communist states, would have predicted. Few believed Nemeth could survive – the proverbial lamb fed to the lions. Desperate to trim state expenses, one of the first things that he did was to scour the budget line items for areas where he might save money. He noticed a large, mysterious and recurring expenditure. It was labeled with a secret code that he did not understand, which turned out to be for maintaining the electrical fence that kept Hungarians behind the Iron Curtain. It was badly in need of repair, as he discovered when he inquired about this line item with party bosses, and the Soviets, facing their own budget crisis, had recently refused to provide spare parts and money to maintain it. So the Hungarians had been turning to France, spending what little money the government had, which was also borrowed from Western banks, to maintain a critical part of the Iron Curtain that even the Soviets had little desire to maintain. It is a curious footnote to the history of the late Cold War: the role of Western banks in first propping up communist states in Eastern and Central Europe and then in prompting the political crisis that brought them down when the bill for loans came due.

As a budget saving measure, Nemeth decided to curtail this expenditure in December 1988, though actually tearing down the fence proved more problematic. Understandably, he encountered stiff resistance from the party leadership and then discovered another surprising fact that turned him against the system he was appointed to serve: the news that Hungary since the 1970s – contrary to official claims that denied nuclear bombs on its soil — had housed nuclear bombs pointed at Italy.

Nemeth, meanwhile, traveled in March 1989 to Moscow with grave doubts and fears, given his own family experiences and trauma associated with the brutal suppression of the 1956 attempt by Hungarian reformers to gain some independence from Soviet control. His father, a farmer, had been an advocate of the revolution of 1956 crushed by the Soviets. 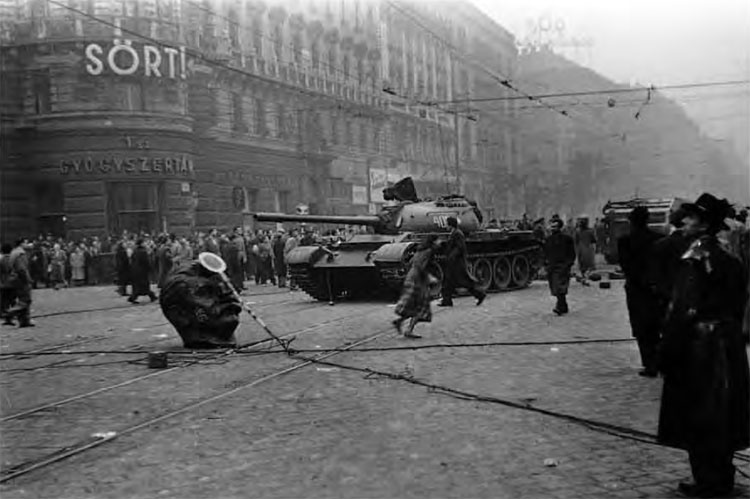 Nemeth claims he joined the communist party in the early 1960s to try and change it from within. His father did not speak to him for six months but eventually reconciled himself to his son’s decision, telling him only that he must tell the truth to his people and to the world if he were to attain a position of power. He took that advice when he traveled to Moscow to meet Gorbachev, nervous but determined to discuss his reform plans, including holding free elections that would almost certainly result in the victory of non-communists and to remove the fence that the Hungarian treasury could no longer maintain. To his great surprise, Gorbachev greeted him with a firm handshake rather than the sloppy kiss and warm embrace typical of Brezhnev’s encounters with Eastern European counterparts.

Gorbachev, incidentally, preserved the practice of the lip kiss and warm embrace for more reactionary communist party bosses in Eastern Europe, suggesting that the wet kiss, in semiotic terms, signified a certain unequal power relationship between Moscow and Eastern European leaders, whereas a firm handshake, absent the kiss and hug, indicated a new kind of political relationship. 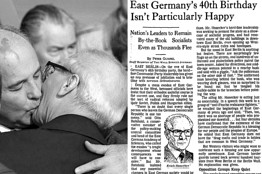 At any rate, Gorbachev assuaged Nemeth’s fears, promising not to send troops and also endorsing Nemeth’s plans to take down the fence (telling Helmut Kohl later that Nemeth was a “good guy — khoroshii chelovek“). Nemeth then grasped an important dynamic of the developing political situation: he would have to rely on Moscow for support and face his stiffest resistance from old line Stalinists and Brezhnev cronies back in Prague, East Berlin, and his own capital of Budapest.

Nemeth’s decision to open the border with Austria in May of 1989, by tearing down a 40-year old electric fence that guarded the border with Austria, soon triggered an exodus of Eastern Europeans and a refugee crisis, especially from East Germany, which was still under the control of the hardliner Erich Honecker. That refugee crisis spilled into Western Europe when the Hungarian government decided in September 1989 to allow all East German refugees to pass across the border and into Austria. How much Nemeth understood the momentous political impact of that decision remains unclear, though the East German communist party boss Erich Honecker seems to have been acutely aware of its potential effect on his own power. The West German government had promised housing and support to all East Germans. Tens of thousands accepted that offer, travelling through Hungary in their Trabants and the now open border and then making their way to West Germany to collect their Deutschemarks and free housing. 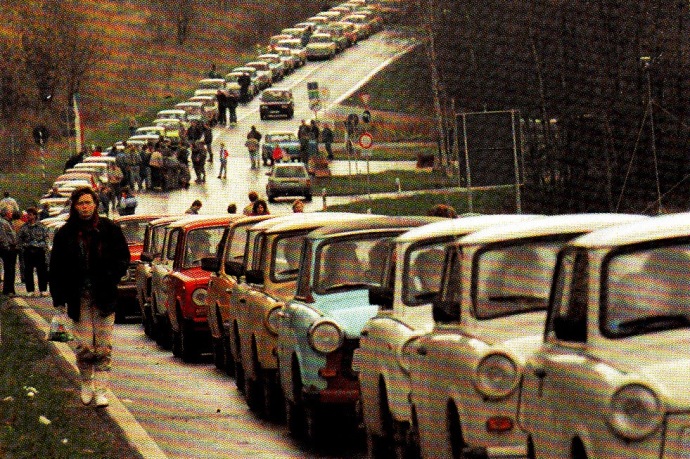 The exodus, involving many of East Germany’s most highly qualified professionals, who believed they had good prospects in West Germany, enraged the East German leader Honecker, as well as the remaining hard liners still in power in Bucharest, Prague, and Sofia. As in 1960, when there was a mass exodus of East Germans to West Germany in Berlin, the East German government demanded that the Soviet Union plug the hole in the Iron Curtain that was allowing the best and brightest in East Germany to leave. But unlike Khrushchev, who responded by building the Berlin Wall, Gorbachev refused to stop the mass emigration, consistent with his promise to Nemeth earlier that he would not interfere in plans to remove the electric fence between Hungary and Austria whose absence now provided an exit path for East Germans. That refusal set into motion the dramatic events that led first to Honecker’s ouster in October 1989, the collapse of the Berlin Wall in November 1989 and the disintegration of communist control in Eastern Europe shortly thereafter.

Among the other dramatic moves made by Nemeth was to exhume the body of the executed leader of the 1956 Hungarian reforms, Imre Nagy, who had been buried secretly after his execution by the Soviets. His body was exhumed and given a public ceremonial burial in Bucharest in June 1989, against the wishes and thinly veiled threats of the old party diehards. Nearly 200,000 attended the event, which Nemeth’s security people thought might result in an assignation attempt on his life (they instructed him to keep moving his head to avoid having a sniper blow a hole in his brains). The re-burial catalyzed opposition to the communist party and helped to mobilize the movement that resulted in the electoral dismantling of the communist one-party system in Hungary and eventually throughout the rest of Eastern Europe. It turned out in some ways to be the burial of the Soviet system.

The story is narrated by Nemeth and the point of view is almost his exclusively, though he comes across as honest and reflective, especially regarding his own inability at the time to understand the larger implications of his decisions. Would communism have collapsed without the specific decisions of Gorbachev and Nemeth? History is not written in the conditional tense, as they say, so it is impossible to answer that question. But the evidence from the documentary certainly suggests the critical role of individual leaders and decisions in determining the specific timing and outcome of events leading to the collapse of the Berlin Wall in November 1989. 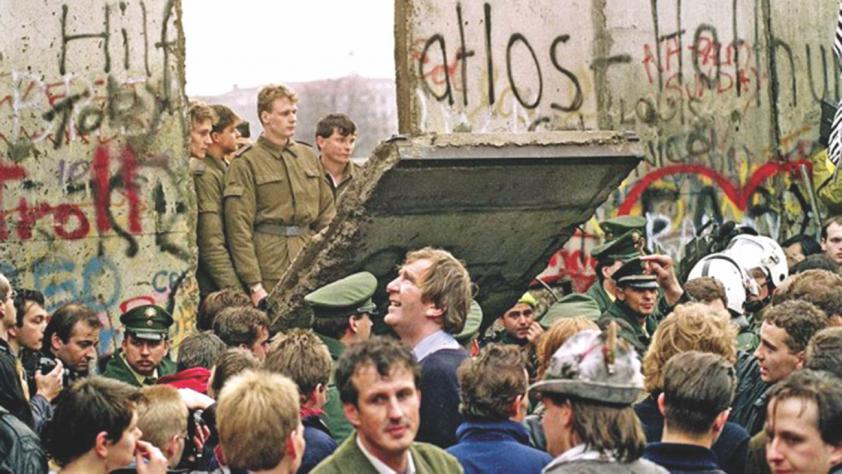 Those dramatic events almost always unfolded in unintended ways and to the astonishment of those, like myself as a student in Moscow in 1989, who believed that the Soviet system in Eastern Europe, whatever its clear weaknesses and problems, would last for a very, very long time.

As a prologue to this story, Hungary in 2015 began constructing a fence along its border with Croatia and Serbia to handle another refugee crisis — this time one involving Syrians trying to get into the EU.

The documentary’s celebration of barrier demolitions should be placed into the context of this new border fence. Fence and wall builders once again have seized power — in Hungary as in Israel and all along the US-Mexico border. Perhaps some may say it is inappropriate to make such connections between Cold War walls and present ones erected by the supposed winners in the Cold War, but one thing is clear: the era of fence and wall demolition seems to have been very brief, a mere quarter of a century. The brevity of the fence-dismantling era reinforces the point made in the beginning of this post — that the true significance of an event only becomes apparent with deep hindsight.

[…] The man who was president of Hungary as the end of the Soviet Union drew near. […]

Great post; I was paying attention at the time, but there’s much here I’d forgotten and some things I never knew. (And clearly I was paying too much attention to Russia and Eastern Europe; I completely missed the French Revolution of 1989!)